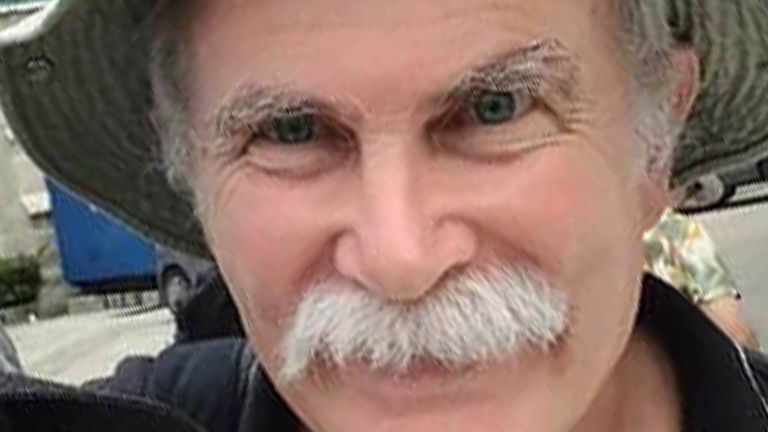 Sky News has learned that the sentence of a Briton ex-retiree who tried to bring home broken pottery from Iraq was for 15 years.

Jim Fitton from Bath was arrested in March at Baghdad Airport after he collected 12 stones and pieces of broken pottery from an Eridu trip.

After being found guilty under the country’s Antiquities Law, he was sentenced Monday to 15 years imprisonment.

Sky News was told by Leila Fitton, his daughter. She said she had spoken with him after the sentence was passed.

“He was shocked. Up until the trial, we felt positive. He was strong, even though I got emotional.”

Mr. Fitton had never been to Iraq and was unable to attend his daughter’s wedding. He narrowly avoided death.

Ms. Fitton, however, said through tears: “It is a life sentence at His Age. Isn’t that?”

She said, “I feel so helpless. We have received so much support, including emails, calls, and messages from around the globe.

“It’s overwhelming because I wish that I knew what I should do.”

Sam Tasker, her husband, is 27 and she lives with him in Bath. Volker Waldmann was a German tourist who was on the same trip. He was charged with the same offense but was released.


There is no indication that souvenirs are illegal

Sky News’ Mr Tasker said that his father-in law “asked him if he could bring them home as souvenirs.”

He said that there were no signs that the act was not only illegal, but also carried a death penalty.

He was accompanied by a more than 40-year-experienced tour guide, a representative of the Iraqi tourist board, and a police officer. None of them protested.

“We are devastated. It’s so difficult for us to swallow.”

Mr Tasker stated that the Tasker family is looking to appeal the verdict. This will take 30 more days.

They are currently staying in Kuala Lumpur (Malaysia’s capital), where Mr Fitton lives with his wife Sarijah, to support one another.

The family claims they were given only “minimal” consulate support from the Foreign Office, and no “political assistance”.

“We have been trying to get him home since then. “But we feel like we have been left alone,” Mr Tasker stated.

According to the Foreign Office, “We provide consular assistance to a British national living in Iraq and continue to support his family.” We have been in touch with the authorities.