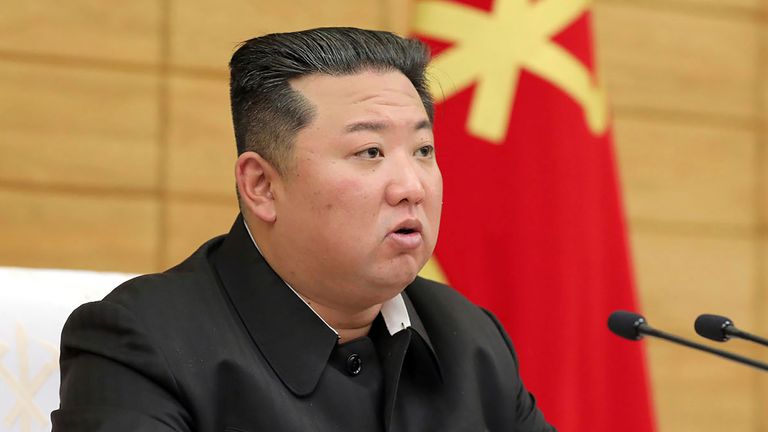 Sunday’s test lasted 35 minutes, with the missiles launched in succession from the Sunan area near the North Korean capital of Pyongyang.

It is not yet clear how far the missiles travelled, but Mr Kishi said at a briefing that at least one missile had a variable trajectory, which indicates it could manoeuvre to evade missile defences.

The news comes just a day after South Korea and the US finished three days of combined exercises off the Japanese island of Okinawa.

North Korea describes such drills as an example of the US’s “hostile policies” towards it.

US special representative Sung Kim has also been in the area, meeting his counterparts from South Korea and Japan to prepare for “all contingencies” as fears grow that Pyongyang could soon conduct a nuclear test for the first time since 2017.

Mr Kim insisted that the US is open to diplomacy with North Korea, even going as far as to say that this includes talks about sanctions relief.

Sunday’s missile test was the 18th by North Korea this year.

The most recent was on 25 May, when it launched three missiles, including its largest intercontinental ballistic missile, the Hwasong-17.

That prompted a US resolution in the UN Security Council calling for more sanctions, although this was vetoed by Russia and China.

Talks between the US and North Korea have made no progress since 2019 – the US wants signs of disarmament, but North Korea refuses to take such steps while sanctions remain at their current level.

Despite the frosty relations, the US has offered North Korea aid in its struggle with COVID-19, as the country continues to battle its first known outbreak since the pandemic began.

More than 73,000 people were reported as having fever symptoms on Saturday.