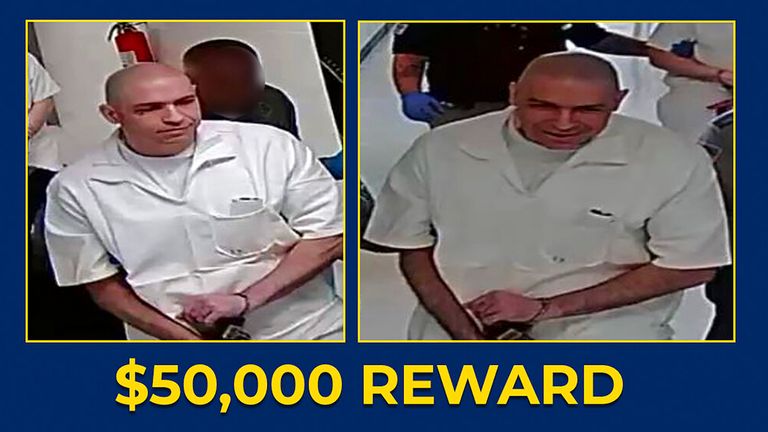 Texas authorities have confirmed that a Texas prisoner was killed by police after fleeing from a bus carrying prisoners. He had also stabbed its driver and murdered a family of five.

Gonzalo Lopez (46), was traveling 100 miles from Gatesville, Texas , to Huntsville for a medical appointment. He decided to free himself from all restraints.

It is believed that he cut through the bus’s expanded metal cage and crawled out of the bottom, stabbing the driver before taking the wheel.

The driver was not seriously injured by the stab wounds.

Lopez was an ex-member of the Mexican Mafia prison band. He is believed to have entered a Leon County family cabin on Thursday and killed the three children and the two adults who were there.

After an elderly relative complained that she couldn’t get in touch with them, police officers responded by calling the cabin on Texas Route 7 at 6 p.m. on Thursday.

Jason Clark, spokesperson for the Texas Department of Criminal Justice said that they found their bodies upon arrival.

Lopez was also believed to have taken the family’s white pickup truck, which they said was also missing.

After escaping from the bus, the police searched for the convicted murderer, who was sentenced to death in 2006 over the killing of a man close to the Texas-Mexico border.

The reward offered by authorities was $50,000 (PS39.700) before the suspect was caught and “killed” by law enforcement officers in Atascosa County for shooting at officers.

The authorities stated that Lopez had a complete disregard for human lives and would do whatever it takes to avoid his capture before he was shot.

“We will continue this investigation until Lopez is returned to custody.”