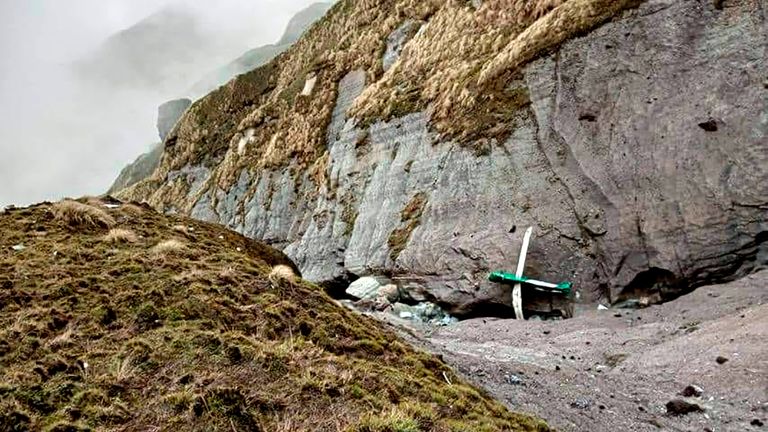 The crash site of the plane that crashed in remote Nepal has yielded 14 bodies.

After a brief flight, the plane’s wreckage was discovered on Monday on a mountainside.

“The search is on for other people,” stated Tek Raj Sitaula (a spokesperson for Tribhuvan International Airport, Nepal‘s capital Kathmandu).

Tara Air’s turboprop Twin Otter turboprop was flying for 20 minutes when it lost contact to the tower after flying through a region of deep river gorges, mountaintops, just before its scheduled landing.

According to the army, the plane crashed in Sanosware, Mustang district, close to Jomsom. This is where it was headed after departing from Pokhara, 125 miles west of Kathmandu.

A Twitter photo showing parts of the plane scattered across the mountainside was posted by an army spokesperson.

The search for the plane was suspended on Sunday night due to bad weather, darkness and fog. It was resumed Monday morning.

The plane carried four Indians and two Germans, and the crew members and passengers were all Nepali nationals.

It is popular with foreign hikers, as well as with pilgrims from India and Nepal who visit the sacred Muktinath Temple.

The Twin Otter is a rugged plane that De Havilland, a Canadian aircraft manufacturer, built in Canada. It has been in Nepali service for approximately 50 years.

According to aviationnepal.com, the aircraft has been involved in approximately 21 accidents during this period.

This plane is distinguished by its fixed landing gear and top-mounted wings.

The production of the planes was stopped in the 1980s. However, Viking Air, a Canadian company, put the plane back in production in 2010.