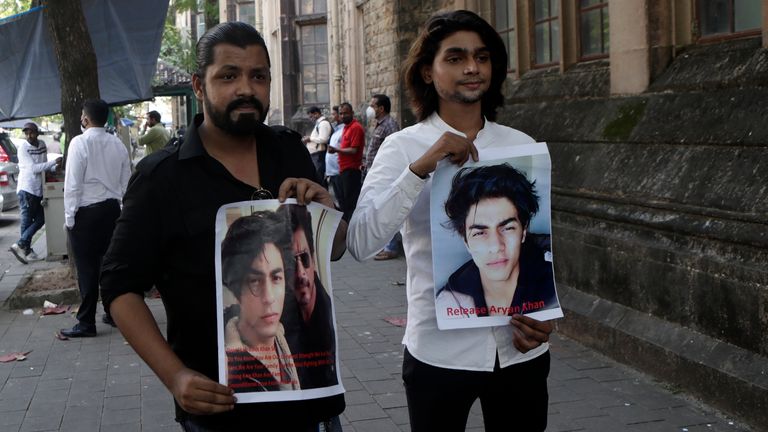 After being arrested in connection to a raid on a luxury cruise vessel, Aryan Khan, the son of Shah Rukh Khan, was released.

Aryan Khan (24), an aspirant actor and director was captured in October after the raid on the vessel off Mumbai.

He was released on bail three weeks later.

After an eight-month investigation, there was no evidence to incriminate him, India’s Narcotics Control Bureau stated.

However, it has also charged 14 others.

The bureau claimed that Khan was involved with drug dealing in WhatsApp messages following the raid on the ship.

His innocence was defended by his fans, while others demanded that his films be boycotted.

Mukul Rohatgi’s lawyer for Aryan Khan told reporters that his arrest was “arbitrary” and that the bureau hadn’t done a medical exam to determine if his client had taken any drugs.

Shah Rukh Khan (56), has been in over 100 movies during a nearly three-decade-long career.