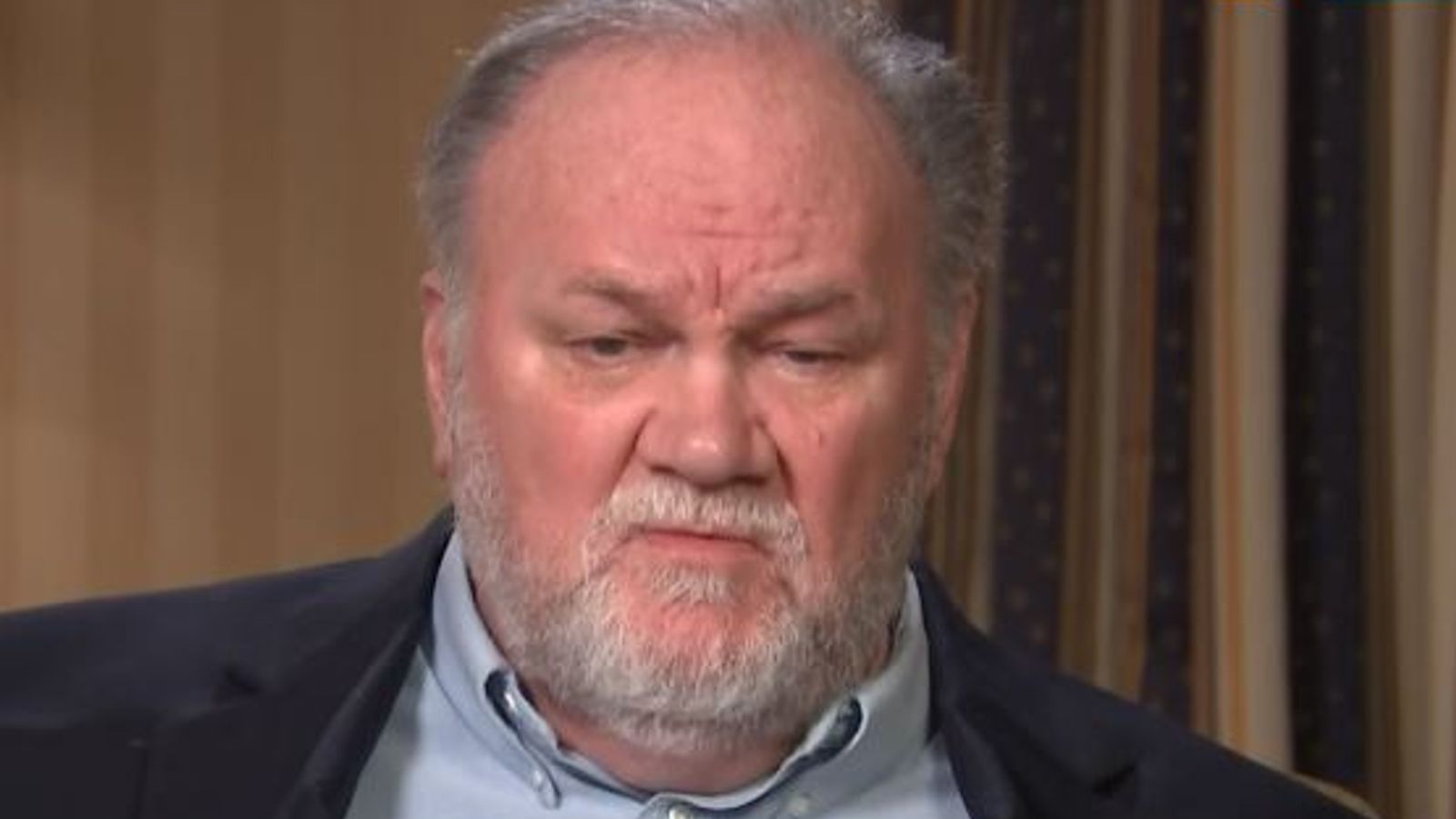 After suffering a stroke, Thomas Markle (Duchess of Sussex) was admitted to the hospital.

He was taken to the hospital on Tuesday morning.

Karl Larsen, who shares a YouTube channel and Mr Markle, confirmed that the news was true to the PA news agency.

Last month, Mr Markle (77) said that he planned to fly to the UK for the Queen’s Platinum Jubilee in June in order to see his estranged daughter, Archie, and Lilibet.

GB News was informed that he was entitled to meet his grandchildren. He said: “I would like meet Prince Charles to thank him for walking my daughter down to the aisle and to also meet and talk to him because I believe we have a lot of common ground now.” Our children have ghosted us both.”

Also, Mr Markle criticised Harry and Meghan’s decision not to bring Archie and Lilibet along when they visited Queen Elizabeth this month prior to their appearance at Invictus Games in The Netherlands.

He said, “Not bringing children was like another slap on the face to Queen.”

It was rude and wrong. It doesn’t make sense. I don’t know if Meghan is Harry or Meghan, but the Queen should be able to visit her great-grandchildren. I should also have the right of seeing my grandchildren.”

In the days leading to the couple’s 2018 wedding, it was revealed that Mr Markle had taken paparazzi photos of him.

Due to heart surgery, he was unable to attend the wedding. His relationship with the Sussexes became more fraught.

The subject of a heated legal battle erupted when he sent a letter to his daughter.

Mister Markle also stated that he hopes to face Meghan and her “ginger man” in court, as part of a defamation lawsuit brought by the half-sister.

In court documents, she claims that Meghan told “false lies and malicious lies” about herself during Oprah Winfrey’s interview with the Sussexes and in the Finding Freedom biography.

Samantha Markle stated that this made her feel “humiliation and shame” on a global scale.

Mr Markle sided with his older daughter, and said that he would be “thrilled” to be able defend her.

In her Oprah interview, Meghan stated that she was an alone child who had only seen her half sister a few times in her childhood.