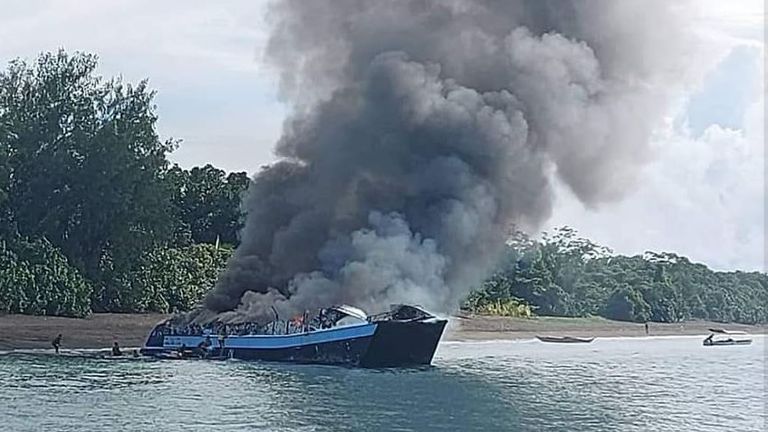 After a fire broke out on a high-speed Philippine ferry transporting 134 people, at least seven people died.

It occurred just before the boat reached port of Real in Quezon, approximately 37 miles (60 km) east of Manila.

It had reached Polillo Island around 5am local time, and it made a distress call at 6.30am.

Coast guard officials stated that many of the 134 passengers and crew had to jump in the water, while others were rescued from nearby vessels.

A statement stated that five women and two men were killed.

Authorities stated that at least seven people were still missing.

After a fire broke out in the M/V Mercraft’s engine room, 23 more were taken to hospital.

Coast guard images showed the vessel in flames before it was brought under control. The wreckage was then towed to the shore.

Although the cause of the fire is not yet known, the Philippines, an archipelago with more than 7,600 islands has a poor track record in maritime safety.

The vessels are often overcrowded and poorly maintained, and safety regulations are not enforced.

After the collision of a fuel tanker and a ferry Dona Paz, more than 4,300 people were killed in the worst maritime accident.