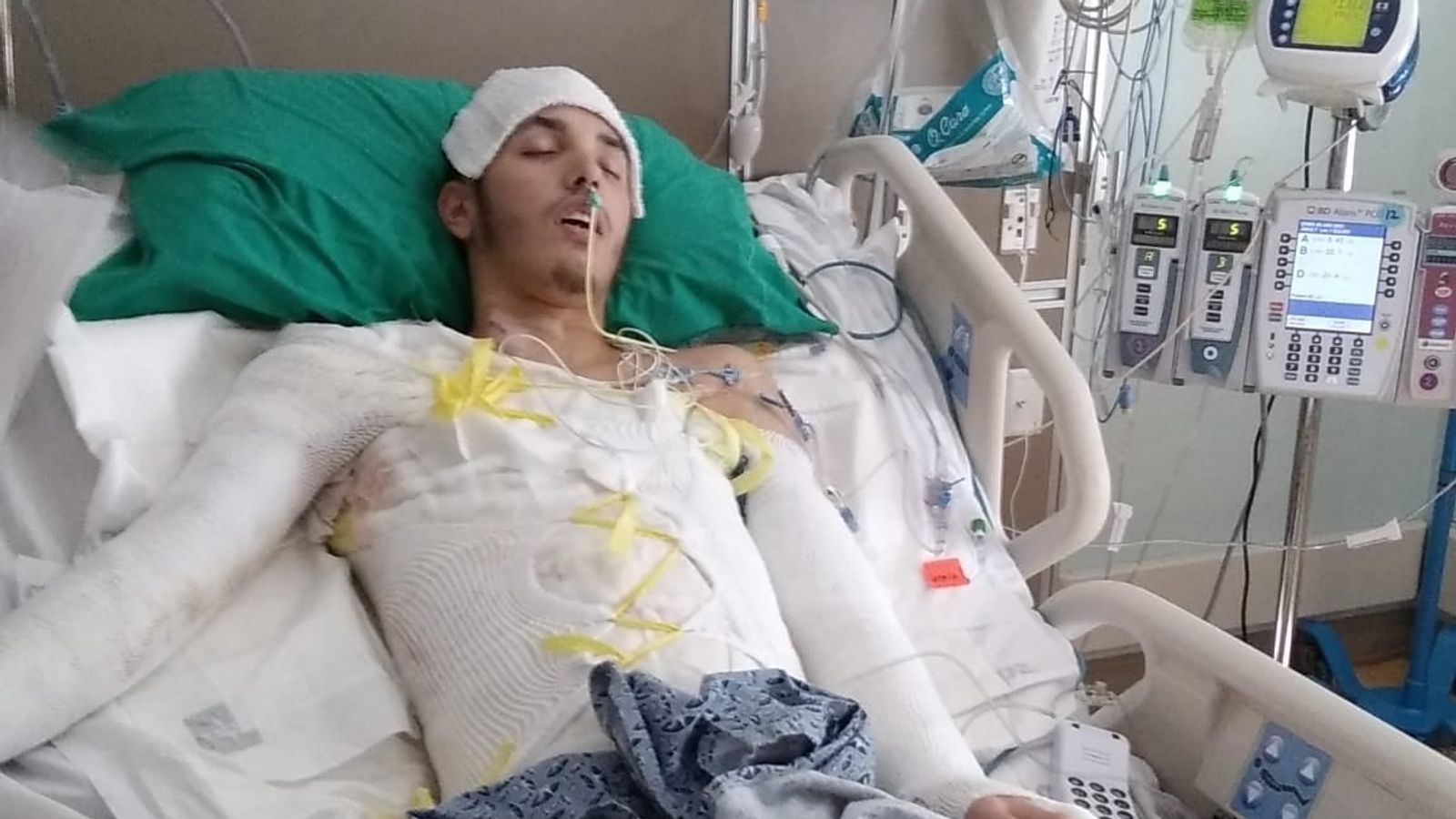 After being tased by a policeman at a petrol station, a Florida motorcyclist is now fighting for his life. His lawyers claim that the “horrific explosion” that “cooked him alive” caused it to explode.

Jean Barreto sustained third-degree burns to 75% of his body on February 27th as he was filling up his dirtbike at an Orlando Wawa station. The NeJame Law firm released a statement Wednesday.

According to the statement, an Osceola County deputy sheriff is accused of attacking the 26-year old from behind, knocking his motorbike and him to the ground, and then spilling petrol.

Three other officers arrived on the scene and used their stun guns to attack the motorcyclist.

The lawyers stated that the fireball was caused by reckless, foolish, unneeded and deadly tasing, which led to the horrible explosion. It engulfed the two of them, injuring two others with minor burns.”

According to them, the motorcyclist is still in a potentially lifesaving, but excruciatingly painful procedure and has no skin left on his body. His skin had been burnt off.

According to the lawyers, he would be in a medically-induced coma for the next few days as he continues with new treatment at Orlando Health. The hospital has been growing tissue from a 4-inch area of unburned skin that was used for grafting.

They said that Mr Barreto suffered third-degree burns while being cooked alive.

According to WESH, NBC News affiliate reported that the incident began when police received complaints about motorcyclists pointing guns at pedestrians.

Officers said that Mr Barreto fled an attempted traffic stop and was later found at the Wawa petrol station.