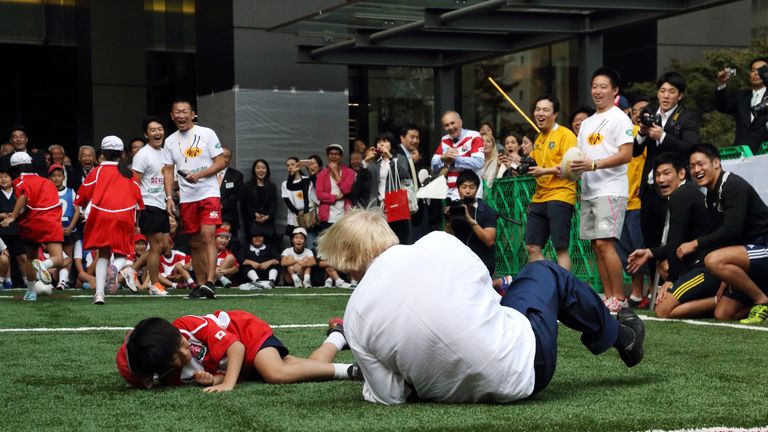 Scott Morrison, the Australian Prime Minister, accidentally knocked over an innocent boy while playing football at a campaign event.

The 54-year old fell on top the child in Devonport Tasmania, before he checked if he was okay and exchanging a high five.

This comes just days after Morrison claimed he was a “bite of a bulldozer”, as his unpopularity became an issue in the election.

Jason Clare, a Labor politician and campaign spokesperson, tweeted that “No one is safe against the bulldozer”.

These photos brought back memories of Boris Johnson’s encounter with a boy while playing street rugby in Tokyo during his 2015 visit as London mayor.

Opinion polls show that Mr Morrison’s conservative coalition trails the Labor opposition in the race for the general election on Saturday.

Official data indicates that nearly six million of the 17 million electorate have already voted through early in-person or post voting.

Another 1.1 million votes by mail have been received in comparison to the 2019 election.