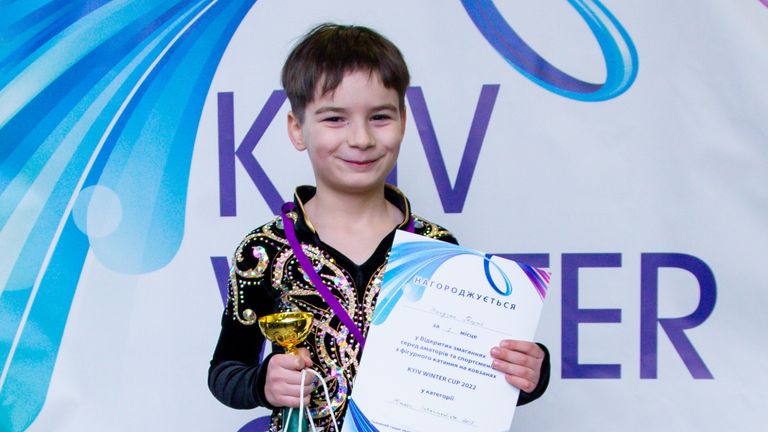 After fleeing war, a seven-year-old Ukrainian figure skater is looking for a coach to continue his training.

Gosha Mandziuk was a national competitor and was part of an ice hockey team. He has been unable for three months to skate.

Gosha went on the ice for his first time since joining his host family. His mother Iryna said that figure skating was an important part of her son’s life back in India.

She stated that figure skating is her greatest passion. He enjoys medals, competitions, and the whole process of skating.

“It is a very precise sport, and it takes a lot of time to train every day. I would like to be able to return with something.”

Gosha used to train six days per week in Ukraine before the war. He would get up at 5am and go to work.

He and his family have settled in Bristol and are now looking for a coach and somewhere to train. However, the price is much higher in the UK.

“Now, it is at least five times more costly and not financially feasible. To continue his training, I need support. We can’t do it without a coach.”

She said, “This frustrates my a lot. It makes me angry and upset. It’s been three months since the war began. We will continue to fight it. As we lose our skills, we need to keep going. You must be able to learn and train.”

Gosha and Iryna arrived last month in the UK and will be staying with Caroline Drugan’s family.

Sky News was told by Mrs Drugan that Gosha’s equipment for skating had been shipped from Russia.

“She [Iryna] said to me that her husband was returning to Kyiv. It was a dangerous journey on a train without lights.

He did it overnight, then went to their place, got his outfit and skates, and had to make the journey backwards. I thought, “Wow, those skates must have been very important to this family!”

She said, “If he were able to get on the ice, it would be the best thing that he could do from home and it would be so good for him to continue the sport he loves and is skilled at.”

Gosha hopes to find a coach to train him in Bristol so that he can return home with his family.