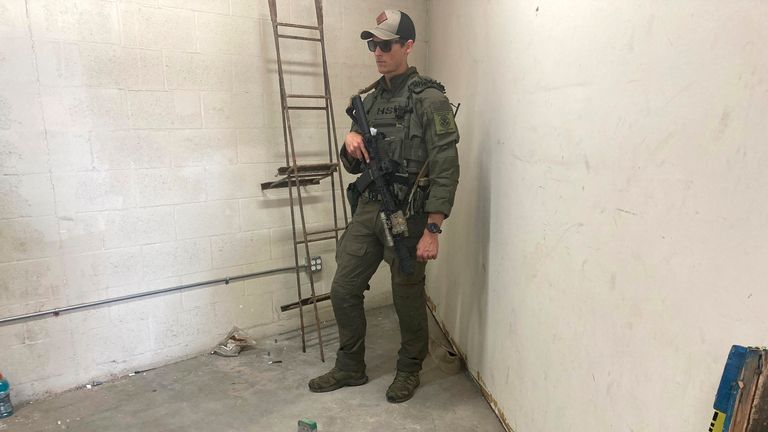 US officials discovered an underground tunnel that ran the length of five football pitches and was used to smuggle drugs to California from Mexico.

It is unknown how long the secret passage that has a railway track and ventilation systems as well as electricity and reinforced walls was open.

After staking out a house used to stash drugs at the Mexican border town of Tijuana, investigators discovered the tunnel and stopped vehicles near Otay Mesa in San Diego.

According to a San Diego federal criminal complaint, they found boxes containing cocaine.

The warehouse was located on a busy street, but was quiet at night. There were armed guards who watched over the small shaft that led into the tunnel.

Agents searched the warehouse for drugs and discovered only a tunnel through the cement floor.

Six men, aged between 31 and 55, from Southern California were charged with conspiring for the distribution of cocaine.

Randy Grossman, a prosecutor in the Southern District of California, stated that “there is no more light at this narcotunnel”.

“We will destroy every subterranean smuggling channel we find to stop illicit drugs reaching our streets and destroying families and communities.

This passage was found in an area that has seen more than a dozen tunnels constructed in the last two decades.

Authorities did not connect the tunnel to any particular cartel.