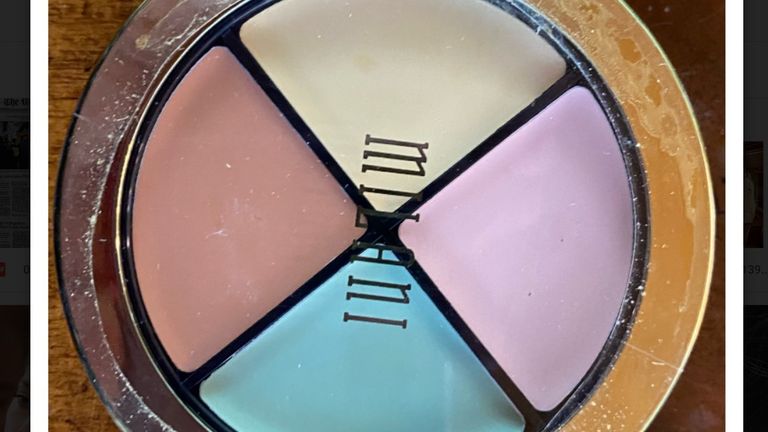 Photographs of Amber Heard with red marks, bruises and swelling on her face – the result, she alleges, of her and Johnny Depp’s final fight – have been shown in court.

It came as Heard told jurors of the “torture” of re-living “the most intimate, embarrassing, deeply humiliating and personal things” she has ever gone through.

On Monday, she concluded giving her evidence, with a third day centred on the final months of her marriage to Depp.

The trial is now in its fifth week, and jurors have seen multiple photos of Heard throughout, that purport to document the abuse she said she received during their relationship.

Several of the photos shown on Monday had not previously been seen by the jury and showed redness and swelling much more clearly than earlier photos.

But in cross examination, Depp’s lawyer, Camille Vasquez took issue with the claims and asked why no photographs were produced of one particular moment Heard said Depp hit her so hard she “thought her nose was broken”.

Depp is suing Heard in Fairfax County Circuit Court just outside Washington DC, for libel over a December 2018 op-ed she wrote in The Washington Post describing herself as “a public figure representing domestic abuse”.

His lawyers say he was defamed by the article even though it never mentioned his name.

Heard described to the court the make-up routine she employed to conceal the marks, as well as how she used ice and arnica (a homeopathic remedy for bruising) to “take down the swelling”.

She said she had a theatre colour correction kit which she called her “bruise kit”, which she says “I carried around with me all the time”.

Heard explained: “The idea is that you want to counteract whatever colour is on the bruise.”

She described the different colours bruises turn over time, saying: “The immediate is red, red shows up straight away so you want to go on the opposite on the colour wheel, by dabbing on a bit of the green… After a day or two you get more purple, so you want to go with redder tones.”

Depp says he never struck Heard and that she is concocting claims she was abused.

But in one moment of testimony, Heard described her 30th birthday in April 2016 and a fight she says she and Depp had on that evening after her party.

During it she said Depp “chest bumped me”, “pushed me to the ground” and “grabbed me by the pubic area”. She said he would often grab her there, and ask her if she thought she was “tough, like a man”.

Other points from today in court:
• Heard strongly denied an accusation from Depp she left human faecal matter in the couple’s bed after a fight
• Heard had pledged to give her $7m divorce settlement to charity and began doing so by instalments but said when Depp sued her in Mach 2019 for $50m she stopped
• The court is told a lawyer was called in to look over the Washington Post Op-Ed

Speaking about the court process, Heard said: “Every time I look [at the statements] which is every day, I am set back, I have to re-live it… I have to re-live the worst most painful things I’ve ever gone through – and narrowly survived at times.”

She went on: “Over and over again the most intimate, embarrassing deeply humiliating and personal things I’ve survived are used against me. 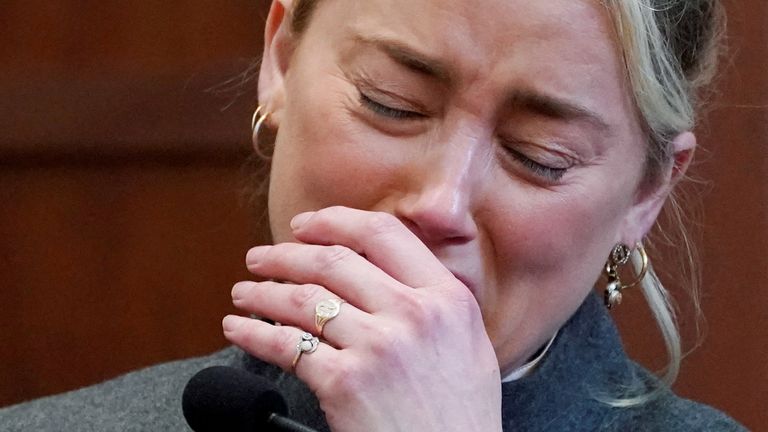 Amber Heard was asked by her lawyer about the emotional impact Johnny Depp’s three counter-claim statements have had on her.

“It’s torture, I’m in so much pain emotionally.

Earlier on she also told the court she was “losing hair, weight, getting sick”.

However, in challenging her statements, an appearance in December 2015 when Heard appeared on The Late Late Show with James Corden, was brought up.

The night before Heard has alleged Depp violently attacked her, injuring her face and lip.

But Depp’s lawyer Ms Vasquez showed the court photos and a short video of Heard’s appearance on the show, and again highlighted the lack of visible damage to her face.