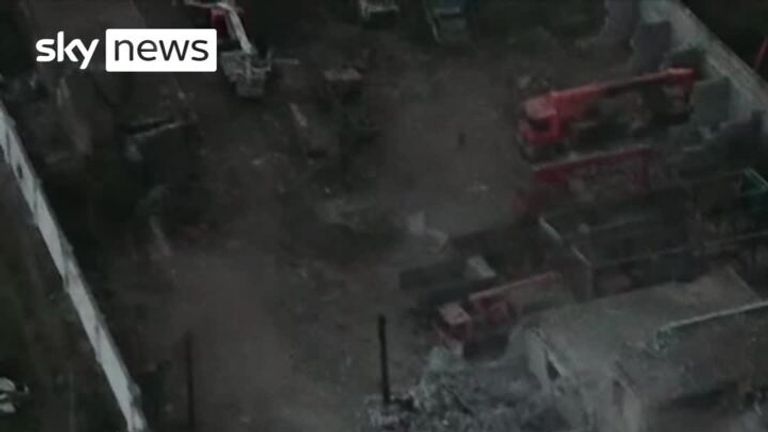 According to Ukraine’s deputy foreign Minister, a 11-year-old boy was raped before his mother. He lashed out at Russia for “most gruesome violations of human rights.”

Emine Dzhaparova, the UK Mission to United Nations Geneva, was photographed holding a drawing that the child had drawn. She said the child is too traumatized to speak and communicates only using “black lines”.

Ms. Dzhaparova spoke via video link to the UN Human Rights Council, Switzerland, and said that Russia has been committing the “most gruesome violations of human rights on the European continent for decades”.

She spoke from Kyiv and held up the drawing of the boy. “He lost the ability to communicate after that, and the only way he can do so is with black lines.”

Ms. Dzhaparova said, “These have been ten weeks of sheer terror to the people of our country.”

“Torture, enforced disappearances and sexual and gender-based violence are just a few of the many crimes committed by Russia.

“This pure evil can only be defeated if the whole world stands united in solidarity with the Ukrainian people.”

Ms. Dzhaparova’s story about what happened to the boy is not verified.

A spokesperson for Russia’s diplomatic mission didn’t respond to a request to comment.

Russia, which denies any abuses in its “special military operations” in Ukraine, has protested and left its seat at council empty.

The council passed a resolution to investigate possible war crimes committed by Russian troops in the Kyiv region and elsewhere.

Omar Abdi (UNICEF deputy executive director) said that 100 children had been killed in the last month, but he acknowledged that the actual number could be significantly higher.

He stated that more children in Ukraine are being exposed to the horrors and war every day.

UNICEF reported that 226 children were killed and 417 had been injured in Ukraine as of 11 May.

Baby clothes left on the road

Finland will apply for NATO membership