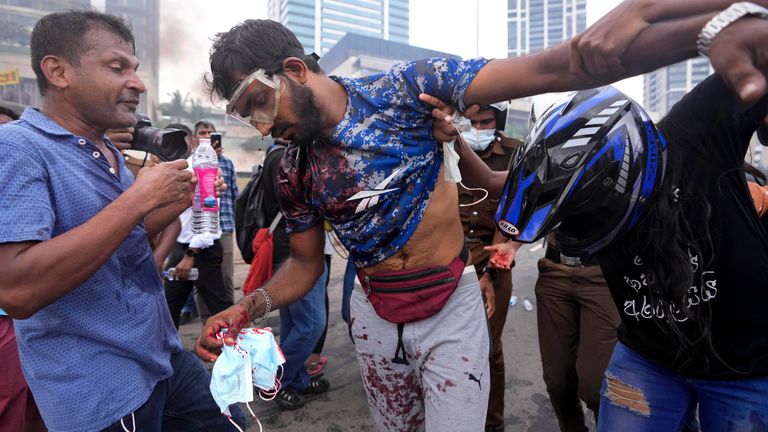 The president of Sri Lanka has stated that the country is in the “worst crisis it’s ever faced” due to an economic crisis that’s caused a wave violence.

Gotabaya Rajapaksa said he would appoint a prime minister, give more power to parliament, and consider scrapping the presidency system.

This comes just a week after an MP was shot dead in a confrontation with protesters.

In a televised speech, the president said that nine people were killed, including the MP.

He claimed that there was also looting in Sri Lanka, which is currently under strict national curfews and a state of emergency.

In the aftermath of violence, his brother Mahinda Rajapaksa resigned from the post of prime minister.

Wednesday saw the arrival of troops and armoured vehicles in Colombo’s streets. They were ordered to kill anyone involved in violence.

Continual acts of vandalism and arson are common.

As he assembled a new government, the president promised to work with all political leaders and appoint a new PM to prevent the country from “falling into chaos”.

He stated that the constitution would be amended to empower the parliament and that when things stabilize, there would be an opportunity for the president to be removed from office.

The heart of the crisis is Sri Lanka’s crippling debt.

People are upset at the government’s handling the situation. This has caused prolonged power outages and severe shortages of essentials like food, fuel, and medicine.

The country is on the brink of bankruptcy. It has stopped $7bn worth of foreign loan payments, out of $25bn due in 2026.