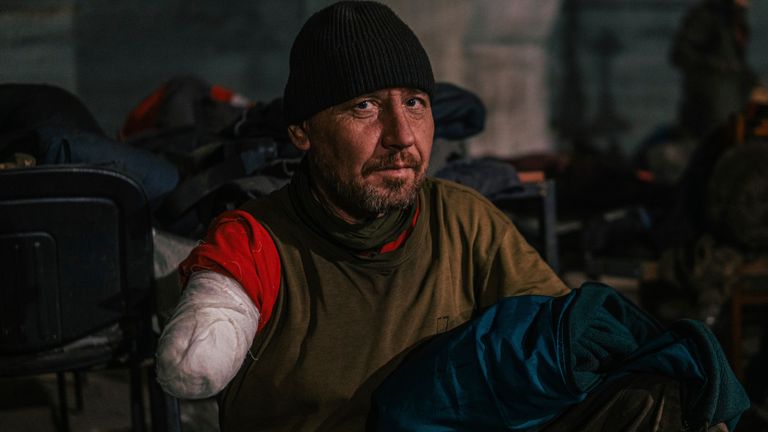 As Russian troops continue their pounding of the Azovstal steel works in Mariupol, a photo-journalist has revealed the grim extent of the suffering inside.

In a series of stark pictures, a photographer with the press office of the Azov Special Forces Regiment of the Ukrainian National Guard has unveiled the horror of the dimly-lit, makeshift ‘hospitals’ inside the plant.

Others are having deep cuts dressed behind temporary plastic sheeting providing barely any privacy.

There are reports that the sprawling complex has been bombarded 34 times in the past 24 hours. Attempts to storm the plant also continue.

Sky News spoke to a member of the Azov Regiment, who is holed up in the plant who said he believed all remaining citizens had gone, with only military left inside, but it was impossible to know for sure.

Other estimates say there may be up to 100 civilians still there.

The photos emerged as Ukrainian President Volodymyr Zelenskyy tells the world Ukraine has not received the amount of weapons it would need to unblock the siege of Mariupol and free the city.

Mr Zelenskyy said defenders “still continue their resistance in the plant of Azovstal,” but added: “We are using all possible diplomatic instruments to rescue them, but Russia doesn’t allow for any of the proposed options.”