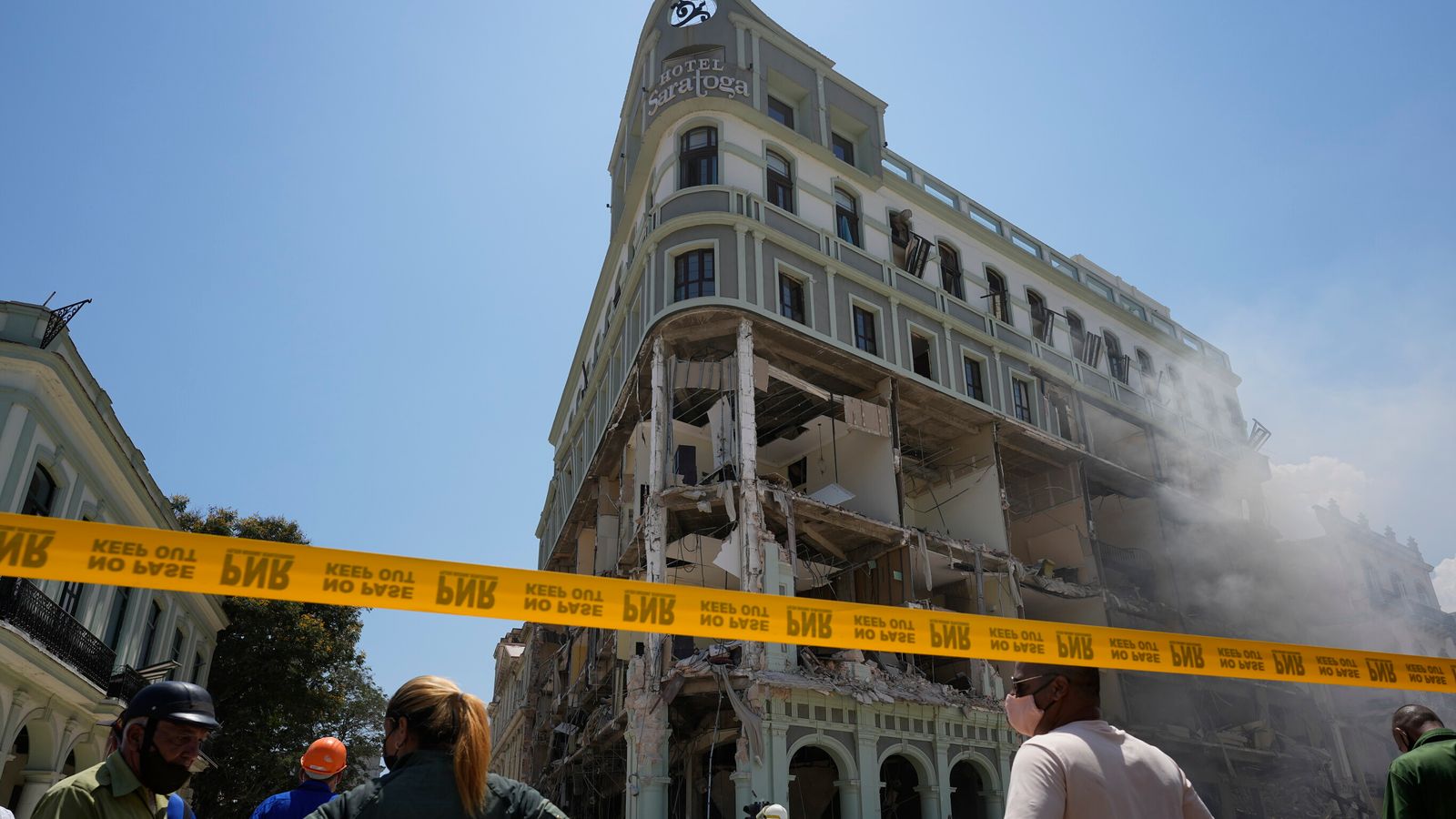 At least eight people have died and dozens injured after a powerful explosion at a five-star hotel in the downtown area of Cuba’s capital Havana, officials have said.

The blast at the Hotel Saratoga, a 19th-century structure in Old Havana, was apparently due to a gas leak, according to the Twitter account of the office of President Miguel Diaz-Canel, who has been to the site.

The tweet also confirmed the death of at least eight people and said 30 people had been hospitalised.

Authorities continued that an investigation into the blast is continuing but “everything indicates that the explosion happened by accident”.

Search and rescue efforts are under way for people who might be trapped.

Havana governor, Reinaldo Garcia Zapata, said the hotel was in the process of renovations and no tourists were staying there, the Communist Party newspaper Granma reported.

Photos from the scene show severe damage to the multi-storey hotel, with much of the walls blown away exposing interior rooms and clouds of dust billowing into the sky.

Mother-of-two, Yazira de la Caridad, said the explosion shook her home a block from the hotel.

“The whole building moved. I thought it was an earthquake.

“I’ve still got my heart in my hand,” she said.

Police cordoned off the area as firefighters and ambulance crews worked inside and a school next door was evacuated.

The 96-room hotel is located in the historic centre of Old Havana and was remodelled by a British company after the fall of the Soviet Union.

It was considered the place to go for visiting government officials and celebrities and contains bars, restaurants, a spa, gym and rooftop pool, according to its website.

A Reuters witness also saw smoke and flames coming from the building.

According to travel agency The Healthy Holiday Company deluxe rooms at the hotel can cost £400 to £598 per person for a three-night stay.

The hotel had been set for a post-pandemic reopening in four days, according to its Facebook page.