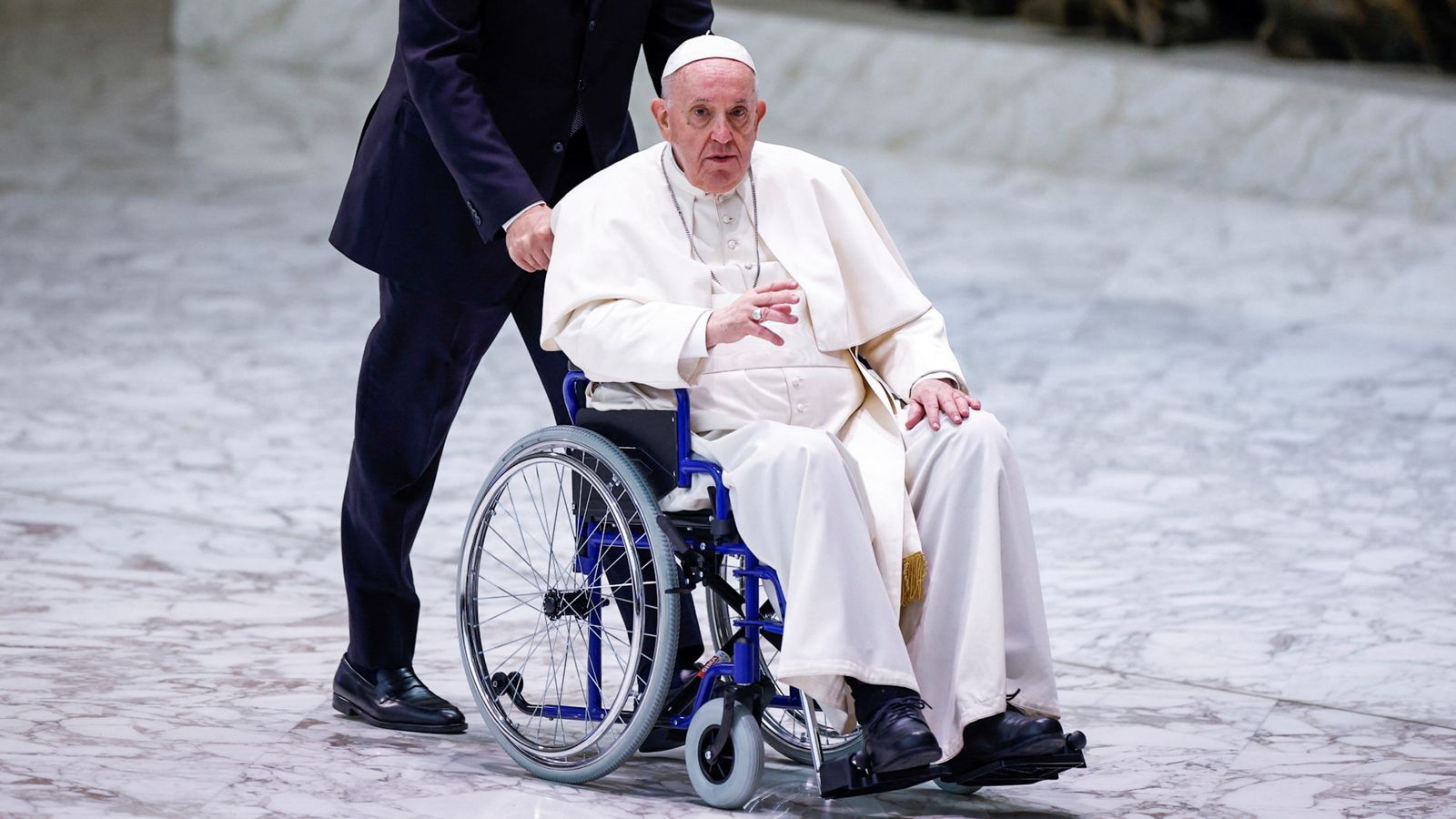 Pope Francis has been photographed using a wheelchair. This is the first time that he’s done so in public, due to his knee pain which makes it difficult for him to stand and walk.

Francis, 85, was wheeled onto the stage and helped to a seat by a group consisting of nuns and religious leaders from all over the world.

He seems to be experiencing a flare up of sciatica. This nerve condition is something he calls his “troublesome guests”.

Due to pain in his right knee, the Pope had to cancel or reduce activities multiple times during the past month.

After major intestinal surgery in July, he was seen in a wheelchair. However, this is his first public use of a wheelchair due to mobility issues.

He was able, with some assistance, to walk roughly 10m from the stage’s side entrance to his seat before Thursday’s event.

Although he received injections to help with the pain, he continues to struggle.

His impairment in movement was evident over Easter, when he attended but didn’t take charge of the masses at St Peter’s Basilica. Instead, he delegated a cardinal and archbishop to preside.

He was also seen using an elevator platform to board and get off the plane during a visit to Malta in April.