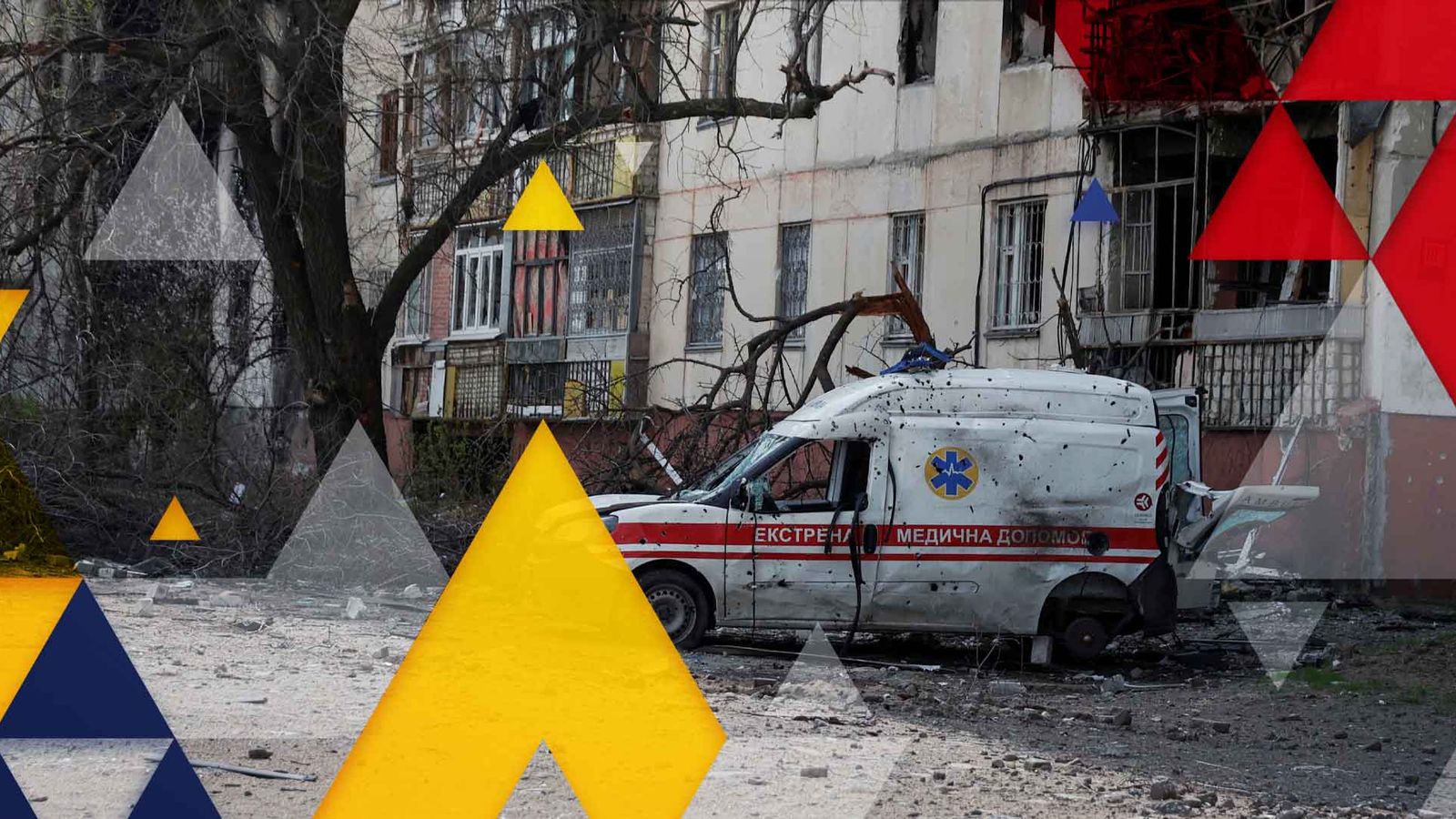 Almost four attacks a day have been carried out against medics and healthcare facilities in Ukraine on average since the war began, according to Sky News analysis.

Experts suggest the attacks are part of a Russian campaign of “terror bombing” against Ukrainian hospitals which almost certainly violate international law. The World Health Organisation (WHO) has recorded 186 of these attacks since the invasion began.

The attacks have included the bombing of at least four maternity hospitals, four children’s hospitals, and have killed at least 73 healthcare workers and patients, according to data from research group Insecurity Insight and the WHO.

Some tell-tale signs, including the types of munitions used and the timing of the attacks, suggest the bombings are consistent with a deliberate Russian tactic aimed at terrorising the Ukrainian population into submission.

The areas which have seen the heaviest fighting in Ukraine have also experienced the most attacks against healthcare facilities and workers.

In the early stages of the war these were spread across the north, south, and east of the country. Points on the map represent an attack on a healthcare facility or worker.

The south-eastern city of Mariupol came under particularly severe bombardment with a maternity hospital hit on March 9, killing three people.

In late March Russian troops withdrew from northern Kyiv – hospitals have rarely been hit in this part of the country since.

But in the east attacks continued, such as this one in the following footage on March 31 that shows a tank hitting a city hospital in Trostyanets.

And throughout April healthcare facilities in the east of the country were those most affected as the focus of the fighting moved to these areas.

Are these attacks war crimes?

Attacking civilian hospitals is prohibited under international law. Warring parties have a duty to not only avoid targeting healthcare facilities, but should proactively try to ensure any bombardments avoid hitting them.

The question is whether the damage inflicted on hospitals represent wartime accidents or something more systematic.

Dr Oscar Jonsson, author of The Russian Understanding of War, believes there is a clear pattern to the attacks:

“I do think it’s a clear pattern in Ukraine – this is not just coincidental.

“It’s safe to assume that everything that is static, including energy stations and hospitals, the Russian intelligence and armed forces know their whereabouts.

“I really don’t see the argument for hospitals or maternity wards being targeted as an accident because they know where they are.”

The use of indiscriminate artillery and bombing tactics on civilian areas means Russia has not taken adequate care to avoid striking healthcare facilities. And on some occasions they appear to have directly targeted these buildings – in the city of Trostyanets, for example, a tank aimed and fired directly into the city hospital.

Russian forces have previously been accused of targeting hospital sites in other conflicts, notably in Syria and Chechnya.

In Syria the UN shared the locations of hospitals with Syrian government and Russian forces, only for those hospitals to be targeted in strikes shortly after. The UN has not shared precise locations of Ukrainian hospitals in the current conflict.

When comparing the recent incidents in Ukraine against all those carried out against hospitals and healthcare workers this year, Russia’s actions are a clear outlier.

Christina Wille, Director of research organisation Insecurity Insight which is tracking hospital attacks, said that while Russia is not the only country guilty of hitting healthcare facilities, they are “by far the most frequent user of explosive weapons in populated areas causing widespread civilian harm.”

And it is not just this type of direct violence against hospitals which can violate international humanitarian law.

According to Dustin Lewis, Research Director for the Harvard Law School Program on International Law and Armed Conflict, any action against infrastructure targets used by both civilians and the military needs to be “proportional” to be legal.

“If an object is used simultaneously for military and civilian purposes, for example a power plant providing electricity for air defences and civilian hospitals, the consequences on civilian hospitals must also be considered as part of the so-called proportionality assessment of any attack on the plant.”

The Russian armed forces, however, do not appear to have a military doctrine geared towards making these nuanced ethical considerations when choosing targets. Dr Jonsson has studied Russian military ‘just war’ traditions, but found little to suggest they featured strongly in their thinking.

“I found no evidence of strong just war tradition in Russia limiting their conduct in war.

“And I haven’t seen any such consideration, except maybe in the first two weeks of the war where you had more restraint to avoid blatantly targeting civilians, whereas from my reading, I think about two and a half weeks into the war there was a lot more bombing of civilians.”

“They want people to feel insecure”

Pavlo Kovtoniuk, Head of the Ukrainian Healthcare Centre think tank, believes the targeting of hospitals and indiscriminate shelling of civilian areas has been done with one main goal in mind – to conduct psychological warfare against the Ukrainian people.

He said: “I am strongly convinced this is a part of psychological warfare. Hospitals and civilian infrastructure were targeted precisely because they want people to feel insecure, wherever they are in Ukraine.”

Dr Jonsson agrees with this assessment, believing the attacks to be a way to “terror bomb” the Ukrainian population into submission.

He doesn’t believe this is necessarily the result of direct orders from the top, but an outcome of the wider system of the Russian armed forces which pays little heed to the laws of war.

“There’s a significant amount of atrocities in multiple places from multiple commanders that there’s enough to conclude that there is something rotten in the system.

“But on the other hand, from what I’ve seen so far, it’s not enough yet to conclude that it’s a purposeful strategy given to every single commander. Maybe that might change but I think we’re somewhere in between.”