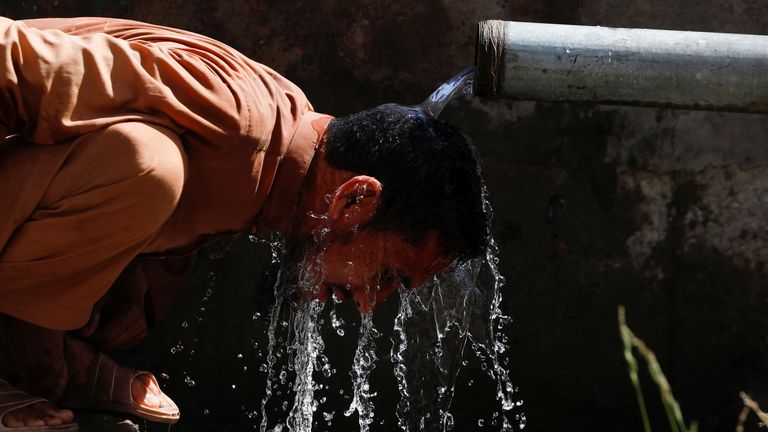 People are “gasping for air” in India and Pakistan due to the scorching heat. This has forced India to rethink its policy of reducing coal imports to prevent further power blackouts.

Temperatures rose in India and electricity demand reached a record high in April. This was triggered by an increase in air conditioning usage, which led to the worst power crisis for six years.

India has had to rethink its policy of reducing coal imports due to power needs. Around 60-70% of India’s electricity comes from burning coal.

After committing at the COP26 climate conference, to net zero emissions by 2070, the world’s second-largest coal consumer expected to reduce its use of the most polluting fossil fuel.

The federal government asked the state and private sectors to deliver 19 million tonnes of coal by June 30, Reuters reported. This is in an effort to avoid more power blackouts.

Extreme heat was felt in large parts of both countries last week. This follows the hottest March since records were kept by the IndiaMeteorological Department, (IMD), 122 years ago.

The average maximum temperature in April was 35.9C (96.6F) and 38.78C (101.0F), respectively, according to the director general, Indian Meteorological Department. For several days, the mercury reached 40C (104F), in New Delhi, the capital.

After the hottest March in 61-years, Pakistan issued a heat alert.

High temperatures are expected to continue into May.

Sherry Rehman, the Federal Minister for Climate Change in Pakistan, stated that the country has gone from winter to summer without the Spring season for the first time since decades.

“South Asia, especially India and Pakistan, are facing what has been an unprecedented heatwave. She stated that the heatwave began in April and continues to leave people gasping for air in any shade they can find.

India’s Prime Minister Narendra Modi also warned about the danger of fires and the effects of high temperatures.

Scientists warn that over a billion people could be affected by heat-related effects in the region. They also link the early onset and intensity of a hot summer to climate change.

The 1.5C temperature increase above preindustrial temperatures could see Kolkata, the capital of West Bengal, once a year experience conditions similar to those of the 2015 heatwave. It said that temperatures reached 44C (111.2F), and hundreds died in the country.

Cooling monsoon showers are likely to arrive in June, with summer temperatures of April and May.

India’s heat is dangerous to lives and livelihoods. However, there are additional risks when high temperatures combine with high humidity. This makes it more difficult for people in India to cool off by sweating.

These conditions can be measured using “wet bulbs temperatures”, which measure the temperature of a thermometer wrapped with a wetcloth.

India’s high wet bulb temperatures pose a particular threat to India’s population of 1.4 billion, who live in rural areas and are not able to access cooling or air conditioning.

The Pakistani Federal Minister for Climate Change stated that the government had instructed provincial disaster management authorities in their provinces to be prepared for flash flooding due to rapid glacial melt.

According to the climate change ministry, glaciers in the Himalaya and other mountain ranges have melted quickly, creating thousands of glacial lakes in northern Pakistan. Around 30 of these are at risk from sudden dangerous flooding.