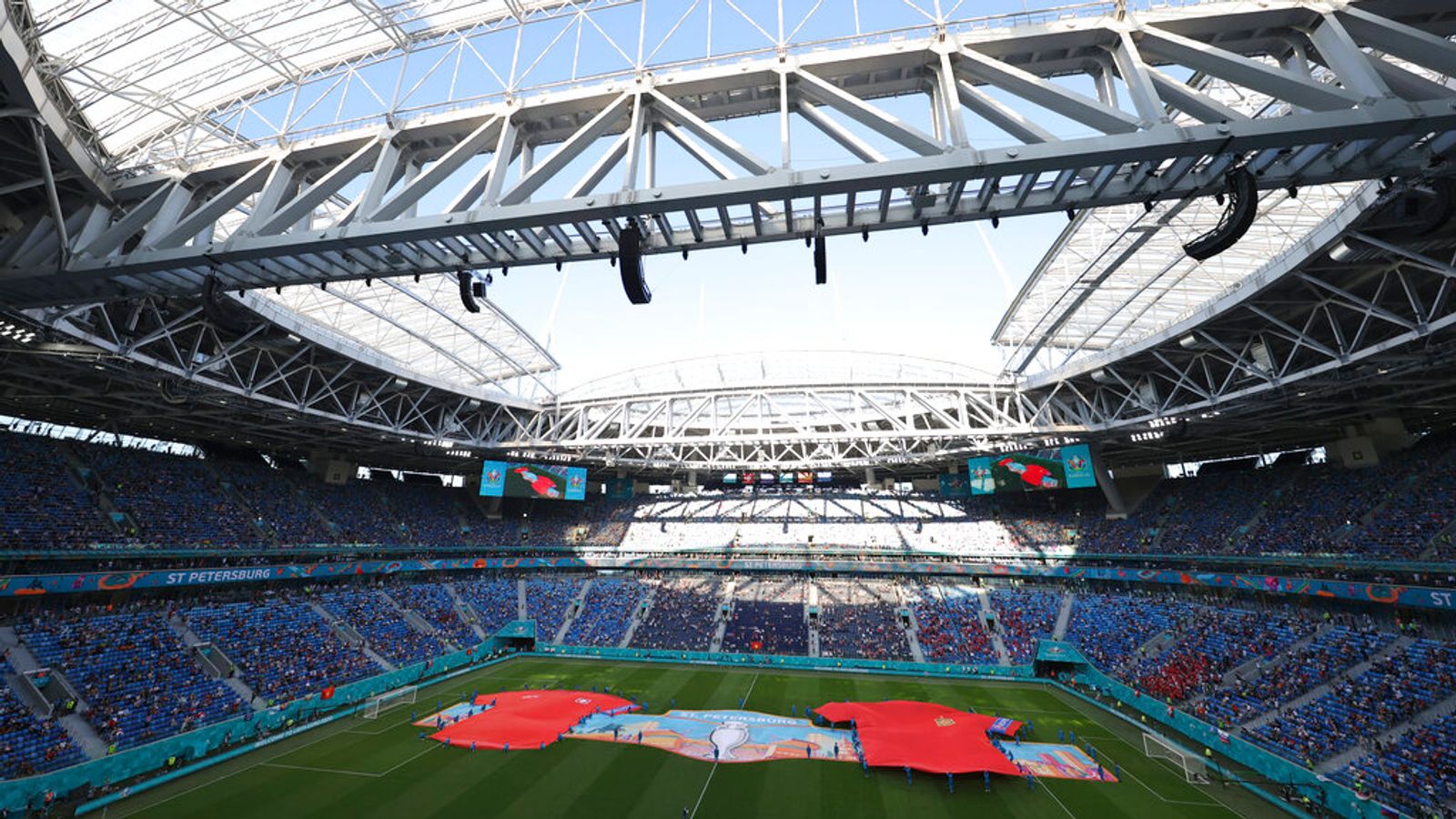 Russia was disqualified from the Women’s Euros, and UEFA has declared Russia’s bid to hold the Men’s Euros 2028 and 2032 “ineligible”.

Portugal will replace the Russian team at the competition in this summer.

UEFA’s recent ruling means that the UK and Ireland’s jointly bid to host Euros 2028 are only being challenged by Turkey, who has also expressed interest in hosting the competition in 2032.

The European Football governing body confirmed that the decision was “one of many” in relation to the “ongoing exclusion of Russian clubs and teams from its competitions.

It also ruled that Russia would not be permitted to participate in UEFA club competitions during the next season.

This announcement means that the men’s national team will not be participating in the Nations League, which begins next month. They will face automatic relegation to League B.

Russia has been expelled from UEFA since February and will be banned from qualifying for the Women’s World Cup 2023 or European Under-21 Championships 2023.

These are the latest bans that the sporting community has imposed in response to the Russian war in Ukraine.

St Petersburg was already stripped of its hosting rights this season for the men’s Champions League final. It will now be hosted at the Stade de France, later in this month.

Because of Putin’s war in Ukraine, Russian and Belarusian tennis stars have been prohibited from competing at Wimbledon.