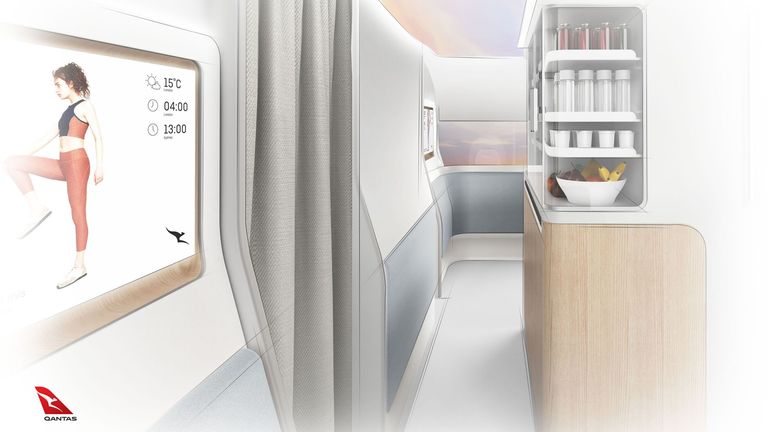 After Qantas’ announcement of the longest commercially-operated direct flight, travellers will soon be able fly non-stop between Sydney and London.

According to the airline, the journey will be possible after it receives 12 Airbus A350-1000 aircraft, which can travel more than 10,000 miles without needing to refuel.

The new-generation jets allow for direct flights between Australia and any other city around the globe.

Services will begin in 2025, and can carry up to 238 passengers in four travel classes.

A “wellbeing zone” will be located in the middle of the aircraft. It includes a snack bar, screens that show movement and exercises for those who want to stretch their legs during the mammoth flight.

You should be active on long flights as it can lead to stiffness, pain, and swelling.

The plane is being designed to give passengers more space, and 40% of the seats will be in premium cabins.

Qantas claims that the planes emit 25% less CO2 per seat than the noise and vibrations, and that the long-distance project it calls “Project Sunrise”, will be carbon neutral on day one.

Qantas said that it will purchase 40 new aircraft to serve its domestic routes, 20 Airbus A321XLRs as well 20 A220-300s, as it retires older Boeing airplanes.