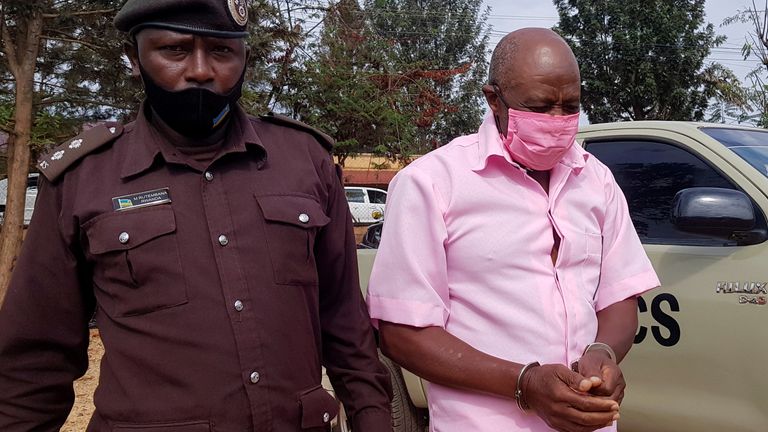 A $400m lawsuit has been filed by the family of a former hotel manager, who was depicted as a hero in a Hollywood movie about 1994 Rwandan genocide. The suit concerns his alleged abductions and torture.

The massacre was ended by the Tutsi rebels led now-President Paul Kagame who seized control. This triggered an exodus that saw more than two million Hutus fleeing.

After a trial that his supporters claimed was rife with irregularities, the 67 year-old received a 25 year sentence for terrorist.

His family claimed that Rwandan agents tricked him into returning to Rwanda from America, where he was living in exile.

The suit states that President Kagame was then “forcibly taken, tortured and forced into illegal imprisonment” by his security agents. Sky News has seen the suit.

Rusesabagina, a prominent critic against President Kagame is well-known. His family claimed that Rusesabagina was why he was “tracked and harassed and finally kidnapped”.

The lawsuit was filed in Washington on 22 February and names President Paul Kagame and the government of Rwanda.

Rusesabagina’s lawyers and family will hold a news conference on Wednesday to discuss the suit.

The Rwandan government has not yet commented publicly on these claims.

Rusesabagina was awarded many awards for his efforts, including the 2005 US Presidential Medal of Freedom.

He was convicted in September of his involvement in a rebel group that was responsible for the deadly arson, grenade, and gun attacks on Rwanda in 2018/19.

Rwanda’s Court of Appeal upheld his sentence earlier in the month. His family described it as a death sentence.