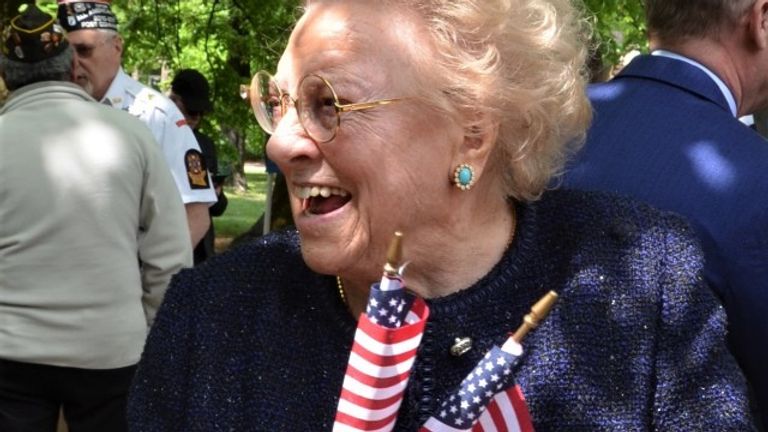 After a 13-year old girl from Italy was robbed by soldiers in 1945, the US army replaced her birthday cake.

Meri Mion was 90 years old and cried as the cake was presented to her at a ceremony in Vicenza (northwest of Venice).

This event commemorated the 28th anniversary of the date that the 88th Infantry Division entered the city.

Ms Mion, her mother and father hid in the attic on her family farm’s farm that night. Although retreating German soldiers had opened fire on her house, US soldiers were there when she awoke the next morning on her 13th birthday.

Her mother baked a birthday cake for Ms Mion and placed it on the windowsill to cool.

It was apparently stolen by US soldiers hungry for food, who were already greeted with bread and wine by grateful Italians as they entered Vincenza.

“Her joy turned into disappointment later, when the resourceful American troops made off with her cake,” stated Colonel Matthew Gomlak of the US Army Garrison Italy.

Ms. Mion appeared genuinely shocked that the US soldiers had succeeded in replacing the cake 77-years later.

As a small group of US commanders and Italian officials sang Happy birthday, she said “mamma maa” and “grazie”.

According to the US army, Ms Mion stated, “Tomorrow we will eat that desert, with all our family remembering that wonderful day that I will not forget.”

The dessert was handed over by Sgt Peter Wallis. He said that it was awkward to replace stolen goods but it made him feel great.