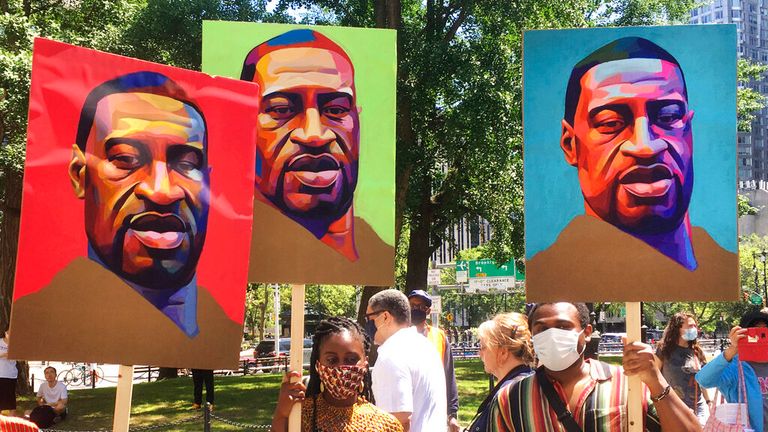 A major report found that the Minneapolis Police Department has “significant racial disparities” in its surveillance of black people and organisations, “unrelated to crime activity”.

After George Floyd was shot to death by Derek Chauvin, a serving police officer, the Minnesota Department of Human Rights started its two-year investigation. Chauvin was almost nine minutes long as he knelt down on Floyd’s neck.

According to the report, data from police departments “shows significant racial disparities in officers’ use force, traffic stops and searches, citations and arrests”.

It was also discovered that officers used covert social media to monitor black people and black organizations, which were not related to criminal activity. This organizational culture saw some officers and supervisors using racist, misogynistic and disrespectful language with impunity.

The oversight structures were ineffective and the lack of training reinforced a culture that was hostile to accountability and unsupportive for officers.

The report stated that the problems found during the investigation “weakened the city’s public security system and damaged community members”.

The document stated that “Race-based police is illegal and particularly harms peoples of colour and Indigenous individuals – sometimes costing their lives.”

Human Rights Commissioner Rebecca Lucero stated that the investigation “is not about one person or one incident”.

However, no officers or city leaders were singled out. There are however several steps that the city can immediately take.

The US Department of Justice is also investigating Minneapolis’ police practices, but it isn’t expected to reach a definitive conclusion.

Residents and some members of the city council have proposed that the police department should be replaced by a new unit for public safety. However, voters rejected this idea last year.

These included the requirement that officers document their efforts to de-escalate situations and that motorists are not stopped for minor traffic violations.

There was more controversy when 22-year old Amir Locke, a black man, was shot and killed by police officers on a “no knock warrant”. Locke was staying in Locke’s cousin’s apartment on a couch.

Prosecutors claimed that Mr Locke pointed a gun at an officer in body camera video. This was a claim his family denied and they declined to bring him to trial.

Minneapolis has since prohibited no-knock warrants, except in extreme situations like hostage situation.