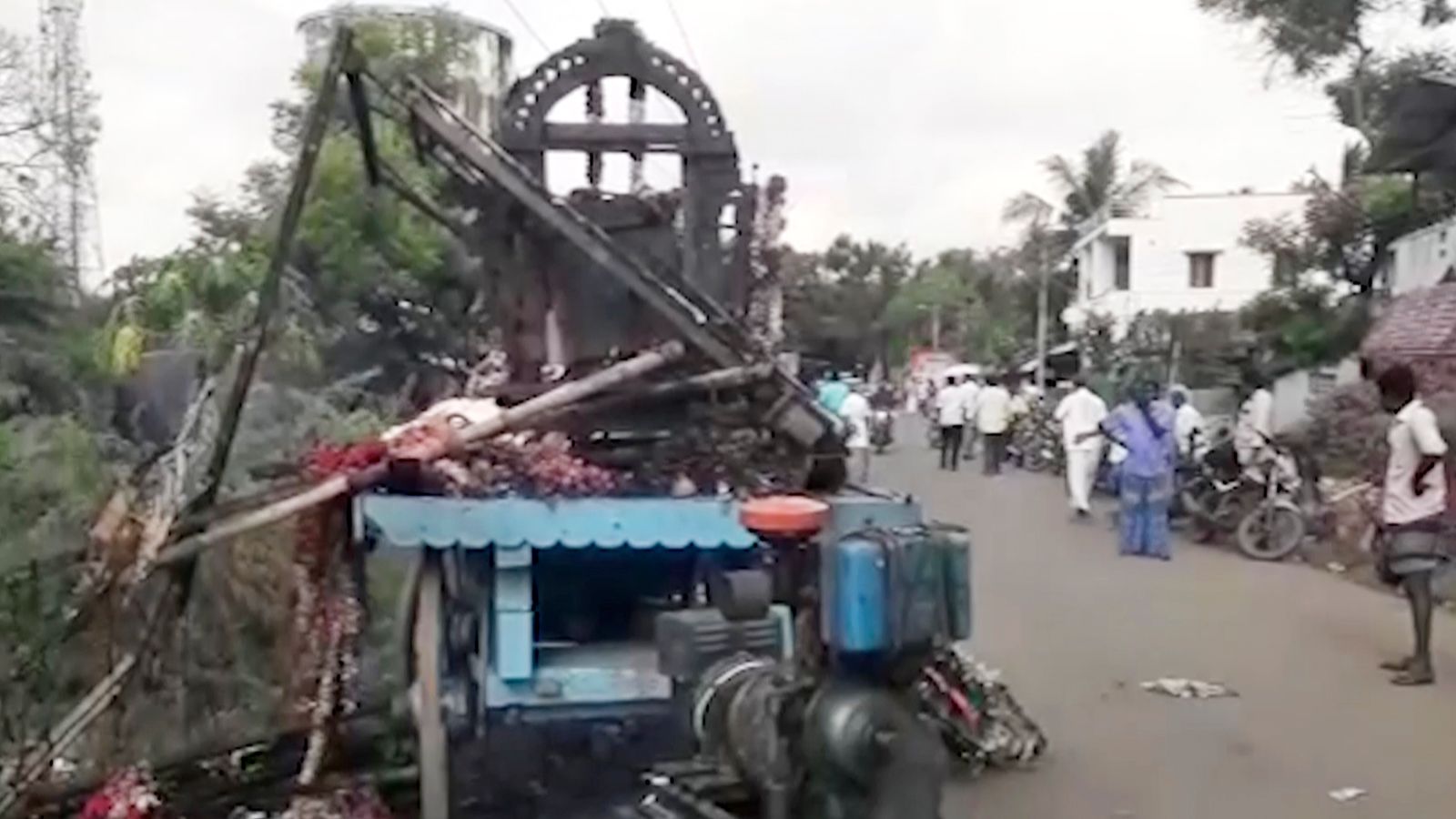 Police say that eleven people died from electrocution at a Hindu festival in southern India.

According to the New Delhi Television channel, the tragedy occurred in Thanjavur, when their crowded truck that was decorated as a temple Chariot touched an overhead powerline and was ignited by an electric spark.

Three more people were also injured and treated at the hospital.

Narendra Modi, the country’s prime Minister, tweeted that he was “deeply hurt by this mishap”.

“My thoughts and prayers are with the families of those who have lost loved ones in this time of sorrow. He said that he hoped the injured would soon recover.

The procession of temple chariots was organized by a local temple. It took place approximately 200 miles south from Chennai, the capital of Tamil Nadu.

Thanjavur, a city known for its ancient temples, is an important centre for Indian art, religion and architecture.

13 killed in India at a wedding after a well collapse