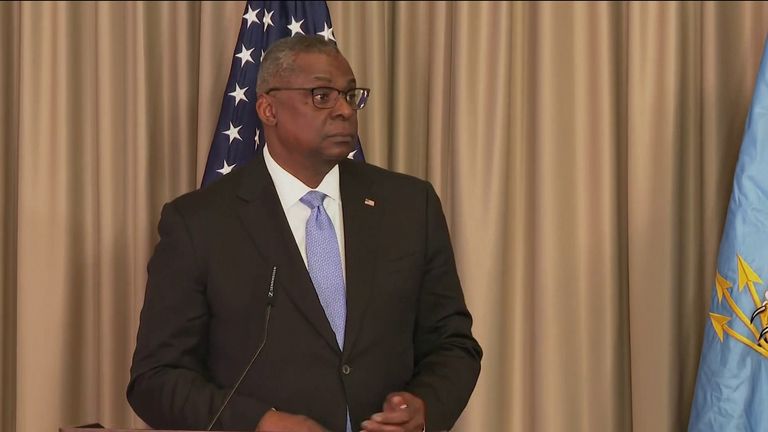 The group of more than 40 countries, many of them European, including the UK, but also from further afield such as Kenya, Australia and South Korea, is gearing up for the long haul, with plans to sustain a vital flow of weapons to the Ukrainian military for months if not years.

They know that their involvement – albeit from a distance – in Russia’s war in Ukraine raises the risk of a direct military confrontation between the two nuclear-armed sides.

Such a prospect jangled Western nerves in the early days of the conflict.

But the evolution in the types of arms being gifted to Ukraine, moving from ammunition to tanks, underlines a hardening of the West’s resolve to stand up to Russia’s actions and to leave Moscow weakened so it may not again be able to wage the same kind of war against a neighbour.

Lloyd Austin, the US Defence Secretary, gathered the allies together at a sprawling US air base in Germany for an initial meeting on Tuesday. It’s a forum that is set to meet monthly – a signal that this is a long-term shift in Europe’s security environment.

“Ukraine clearly believes that it can win, and so does everyone here,” he told attendees.

As for the threat of escalation leading to a nuclear confrontation – something Russia has threatened – Mr Austin told reporters afterwards: “Nobody wants to see a nuclear war. Nobody can win it.”

He added: “There’s always a possibility a number of things can happen, but I think it is unhelpful and dangerous to rattle sabres and speculate about the use of nuclear weapons.”

Time ‘is not on Ukraine’s side’

General Mark Milley, the top US military officer, stressed the need to supply Ukraine with ever more conventional weapons as it faces a new offensive by Russia in the east after successfully beating Russian forces back from an attempt to seize the capital, Kyiv.

Speaking in the closed-door session, he called the coming weeks “critical” and said time “is not on Ukraine’s side”.

General Milley said: “The outcome of this battle, right here, today, is dependent on the people in this room. The Ukrainians will fight. We need to make sure they have the means to fight.” 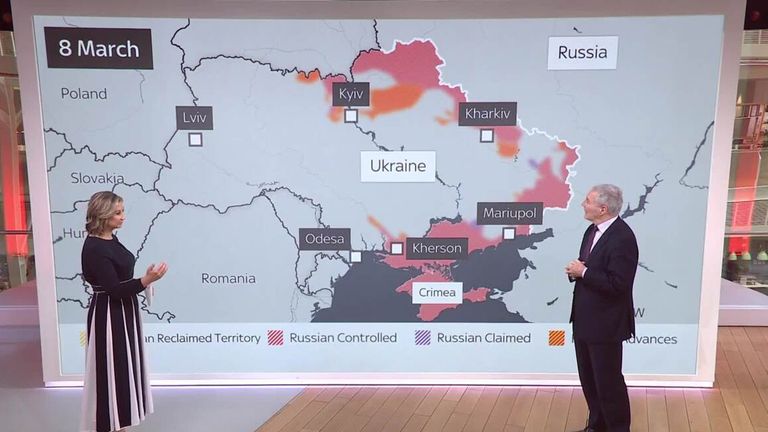 “We cannot be complacent – the fate of Ukraine remains in the balance,” she will say in a speech at Mansion House in London, according to pre-released remarks.

“And let’s be clear – if Putin succeeds there will be untold further misery across Europe and terrible consequences across the globe. We would never feel safe again. So we must be prepared for the long haul and double down on our support for Ukraine.”

Ms Truss is set to push for countries to gift heavy weapons, tanks and planes “digging deep into our inventories, ramping up production. We need to do all of this.”

It is already a fact that Western weapons fired by Ukrainian troops are killing Russian soldiers in Ukraine.

James Heappey, the Armed Forces Minister, on Tuesday even went as far as to say it would be “entirely legitimate” for Ukraine to hit military targets on Russian soil with Western weapons if it wants to go after logistics and supply lines.

It is no surprise, therefore, that Russia has said the West’s support for Ukraine means it is effectively in a war with Russia by proxy.

The bloodshed, carnage and uncertainty caused by Russia’s war in Ukraine is, for now, contained within Ukrainian borders. Yet there are signs emerging of unrest in next door Moldova, amid fears that could become a new front for Russia.

Ultimately, Western allies appear to have calculated that President Putin can only be stopped if his forces are beaten in Ukraine – something that can only happen with Western support, even if that ultimately means risking a wider war in Europe in the process.