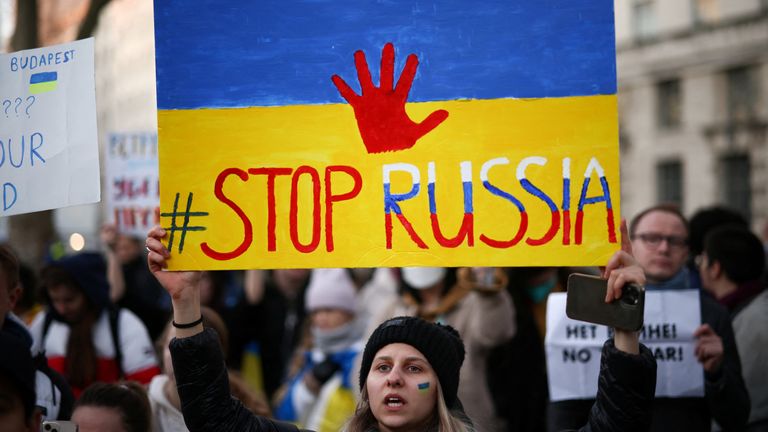 Ukraine has received millions of pounds in cryptocurrency donations – with a government spokesman telling Sky News the funds will be used “to destroy as many Russian soldiers as we can”.

Addresses for Bitcoin and Ether wallets were shared on the country’s official Twitter account, as well as on the profile of deputy prime minister Mykhailo Fedorov.

Vitalik Buterin, who co-founded the Ethereum blockchain, had expressed concerns the Twitter accounts may have been hacked, meaning any crypto donations could have ended up in the hands of malicious actors.

But a spokesperson for Ukraine’s Ministry of Transformation has confirmed that the plea for cryptocurrency donations is genuine – and that its communication channels are “secure”.

“We are trying to contribute to Ukraine’s victory and raise the awareness of international society on what’s happening in Ukraine,” the spokesperson added.

Records show that the Bitcoin and Ether wallets currently hold £750,000 between them – with hundreds of donations made in recent hours.

The blockchain intelligence firm Elliptic said: “Cryptoassets such as Bitcoin have also emerged as an important alternative funding method. 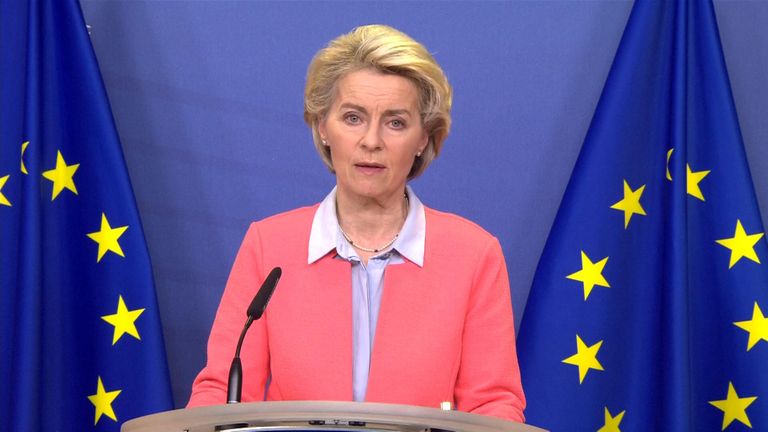 Russian banks cut off from SWIFT.

“They allow quick, cross-border donations, which bypass financial institutions that might be blocking payments to these groups.”

Crowdfunding site Patreon recently said that it was removing a page that belonged to Come Back Alive – a Kyiv-based charitable foundation established in 2014 – because it doesn’t allow its platform “to be used for funding weapons or military activity”.

Come Back Alive took its name from the messages that were inscribed on bulletproof vests it gave to Ukraine’s army. It provides military equipment, training and medical supplies to soldiers on the ground.

Data from Elliptic suggests the group has received Bitcoin worth millions of pounds in recent days – including 80 BTC (£2.3m) from a single donor.