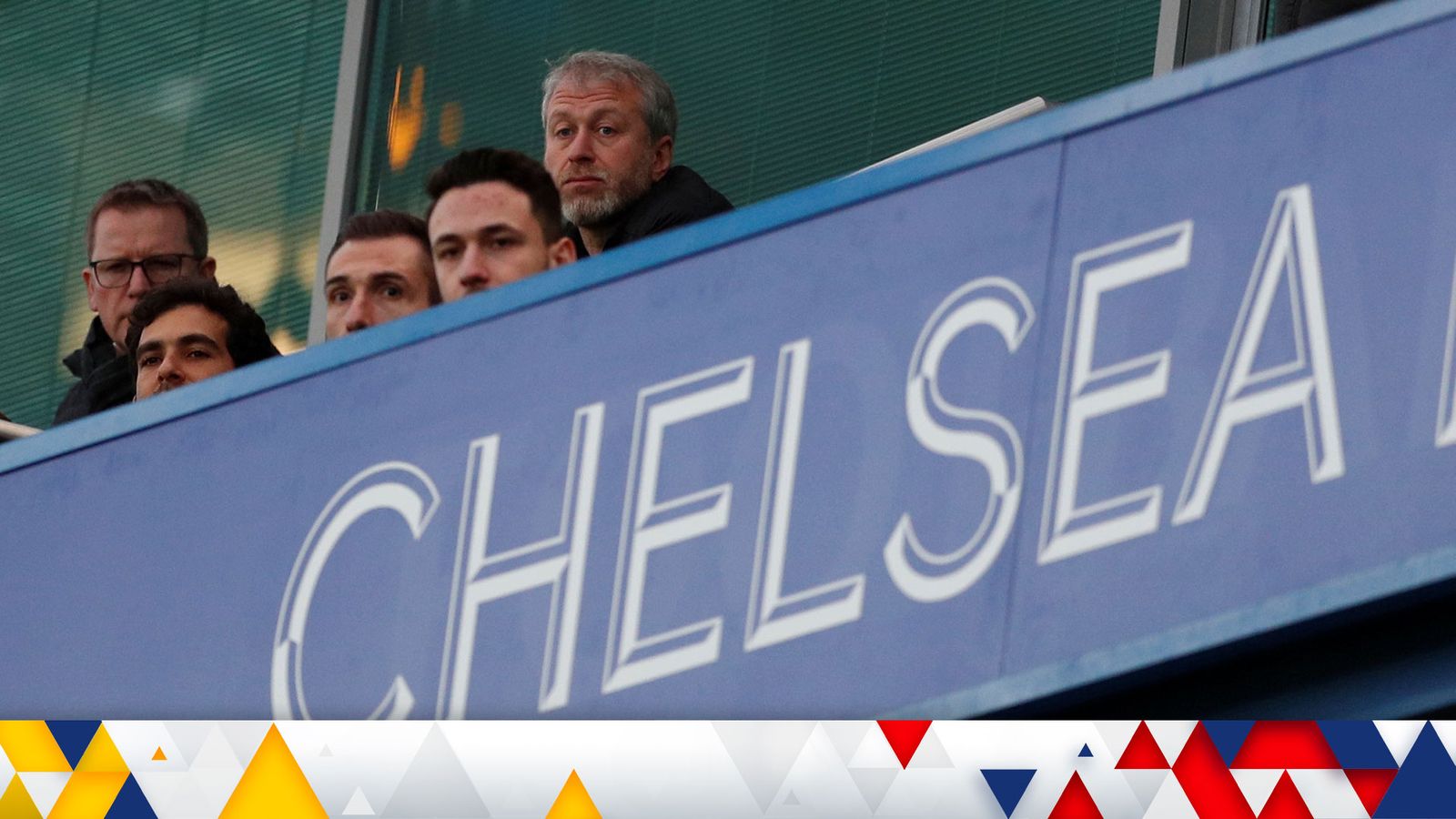 Chelsea football club have issued a statement saying the situation in Ukraine is “horrific and devastating” – just hours after owner Roman Abramovich failed to mention the crisis in his stewardship announcement.

The Russian billionaire said on Saturday he was handing over the “stewardship and care” of the Premier League outfit to its charitable foundation trustees.

Abramovich will remain as Chelsea’s owner, but will not be involved in any decision making at the Stamford Bridge club.

Labour MP Chris Bryant claimed in the House of Commons on Thursday that the UK government should be looking at “seizing some of his assets” and remove the 55-year-old from Chelsea’s ownership.

Chelsea, who play Liverpool in Sunday’s Carabao Cup final, reacted to the ongoing conflict by releasing a short statement on their website.

It said: “The situation in Ukraine is horrific and devastating. Chelsea FC’s thoughts are with everyone in Ukraine. Everyone at the club is praying for peace.”

On Saturday, Abramovich said: “During my nearly 20-year ownership of Chelsea FC, I have always viewed my role as a custodian of the club, whose job it is ensuring that we are as successful as we can be today, as well as build for the future, while also playing a positive role in our communities.

“I have always taken decisions with the club’s best interest at heart. I remain committed to these values.

“That is why I am today giving trustees of Chelsea’s charitable Foundation the stewardship and care of Chelsea FC.

“I believe that currently they are in the best position to look after the interests of the club, players, staff, and fans.”

Czech Republic have become the latest national side, after Sweden and Poland, to announce they will not play Russia in the current situation.

If the Czechs beat Sweden in Solna in March, they were scheduled to meet the winner of Poland and Russia later that month.

But the Czech Republic national team said on Twitter: “The Czech FA executive committee, staff members and players of the national team agreed it’s not possible to play against the Russian national team in the current situation, not even on the neutral venue.

“We all want the war to end as soon as possible.”