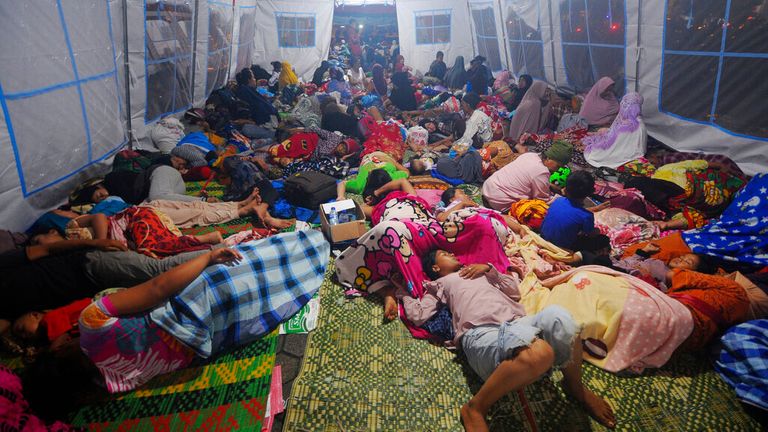 At least 11 people have been killed after a 6.2 magnitude earthquake hit the Indonesian island of Sumatra.

At least 400 people were injured – and more are feared trapped under rubble – after tremors hit the West Sumatra province on Friday.

More than 13,000 people left their homes and fled to shelters, with an estimated 1,400 houses damaged, a spokesman for the National Disaster Mitigation Agency said.

He also said that the earthquake had triggered a major landslide, causing further damage to buildings in the area.

Indonesia is located in the “ring of Fire”, an arc of volcanoes which surrounds much of the Pacific ocean, and makes up more than 90% of the world earthquakes.

This earthquake comes after dozens died in a volcano eruption at Mount Semeru in December.

A volcano monitoring body said the ash clouds had risen up to 50,000ft in the air, with witnesses claiming they had blacked out the sun in some places.

The last major quake was in January 2021, when at least 105 people died and nearly 6,500 were injured in West Sulawesi province.

A powerful Indian Ocean quake and tsunami in 2004 killed nearly 230,000 people in a dozen countries, most of them in Indonesia.