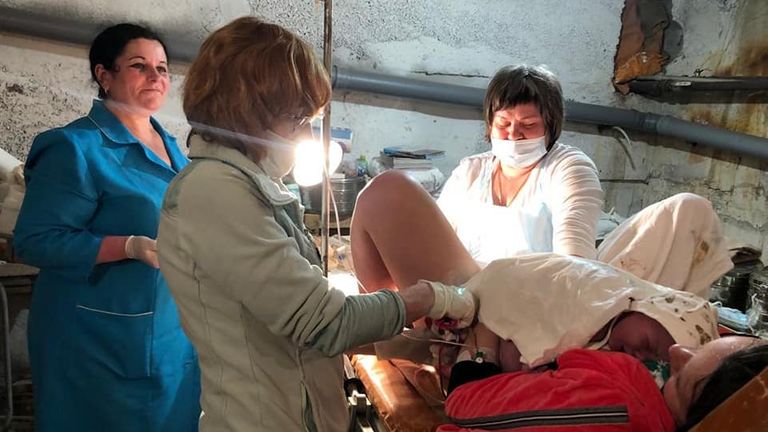 A baby was born in the basement of a Ukrainian city hospital as Russian forces fired outside.

His mother went into labour inside Starobilsk Multidisciplinary Hospital in Luhansk on Friday night, it said on Facebook.

Staff rushed to create an underground makeshift ward – safe from shelling – where she could give birth safely.

The maternity ward’s page read: “Three danger warnings a day. In the morning, shelling of a residential area next to the hospital. Now, somewhere very close to the heavy fire … in the waiting room – the wounded …

“Meanwhile, in the basement of the maternity hospital, in conditions far from those that a new life deserves – a loud cry of a newborn … Boy!”

The capital Kyiv is among the Ukrainian cities where residents have been told to seek shelter underground and stay away from windows and balconies to avoid being struck by stray bullets.

The UK Ministry of Defence said the “bulk” of Russian forces are now around 19 miles from the centre of Kyiv, but officials there have warned of street fighting.

Mayor Vitali Klitschko, the former heavyweight boxing star, said “subversive groups” are active inside the city and warned the “enemy will attack from the air”.

A residential tower block was hit by a missile overnight. 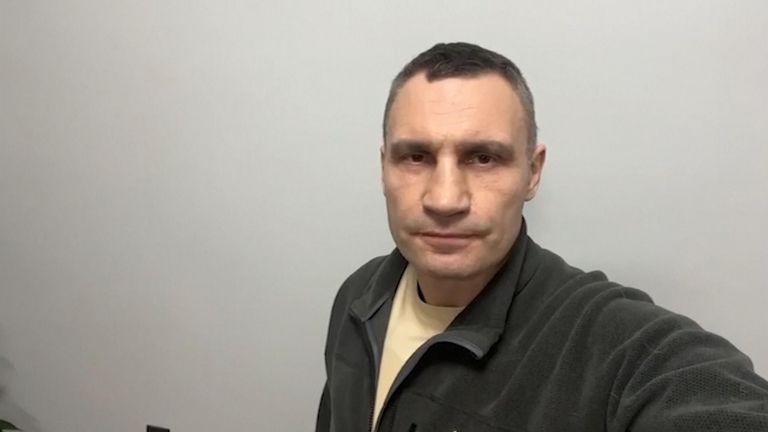 ‘No Russian troops in the capital’

Ukrainian President Volodymyr Zelenskyy refused a US offer to escape Kyiv overnight, posting a video of himself on the streets, saying: “The fight is here.”

He urged people who have fled the country to return and called on European countries to join in the fighting.

According to the Ukrainian health ministry, 198 citizens have died since the Russians invaded on Thursday, including three children.