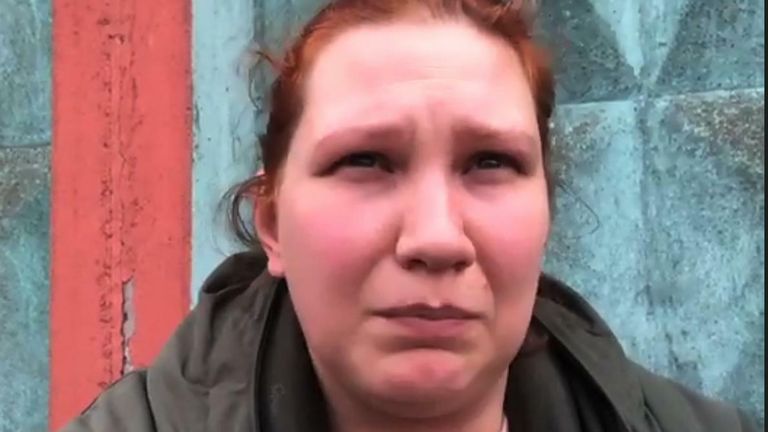 Ukrainian President Volodymyr Zelenskyy has warned his country’s citizens that Russian troops are preparing to storm Kyiv, urging them “to stop the enemy wherever you can”.

After unleashing airstrikes, Russian tanks rolled into Kyiv on Friday, and troops were descending on the capital from two fronts.

In a message posted on social media, Mr Zelenskyy said: “This night the enemy will use all its forces to break our resistance – vile, cruel and inhuman.

“Tonight they will storm.

“We have to persevere tonight. The fate of Ukraine is being decided right now.

Civilians speak from inside Ukraine

“Every civilian should be as careful as possible, please help each other, especially the elderly, those who are currently in great difficulty. In case of any danger, go to the shelter.

“Anyone who has already joined the defence of the country or can help the defence – stop the enemy wherever you can.”

Earlier, Kyiv mayor Vitali Klitschko said the city was bracing for a “very difficult” night, after a number of blasts close to a power station were heard in quick succession.

With Russian troops nearing, bridges in the city have been taken under special control, while checkpoints are being installed at strategic sites.

The sound of gunfire has echoed through Kyiv, with the mayor saying Russia is trying to put the city “on its knees”.

• UK impose direct sanctions on Putin and Lavrov imminently – PM
• NATO to deploy more troops to eastern Europe
• Where is under attack?
• Who is Ukrainian President Volodymyr Zelenskyy?
• UK flights banned from Russia in retaliation after British sanctions slapped on Aeroflot

The UK’s chief of defence intelligence, Lieutenant General Sir Jim Hockenhull, said Russia had launched a “concerted series of strikes on targets in Kyiv”, while rocket launchers had been employed in Chernihiv and Kharkiv.

“Russian forces continue to advance on two axes towards Kyiv,” he said. “Their objective is to encircle the capital to secure control of the population and change the regime.”

But Ukrainian forces “continue to offer strong resistance”, he added.

Ukraine and Russia are discussing a time and place for talks, President Zelenskyy’s spokesman said.

In Kyiv, residents have been told to stay at home, but the defence ministry also advised making Molotov cocktails to “neutralise the occupier”.

Air raid sirens went off and shooting was heard near the government quarter. Many residents have left, while others huddled in shelters.

Kyiv is under attack as China abstained from a vote on a UN Security Council draft resolution that would have condemned Russia’s invasion of Ukraine.

China’s move is seen as a win for western countries that want Russia to be isolated on the international stage.

Russia vetoed the draft resolution while the United Arab Emirates and India also abstained from the vote.