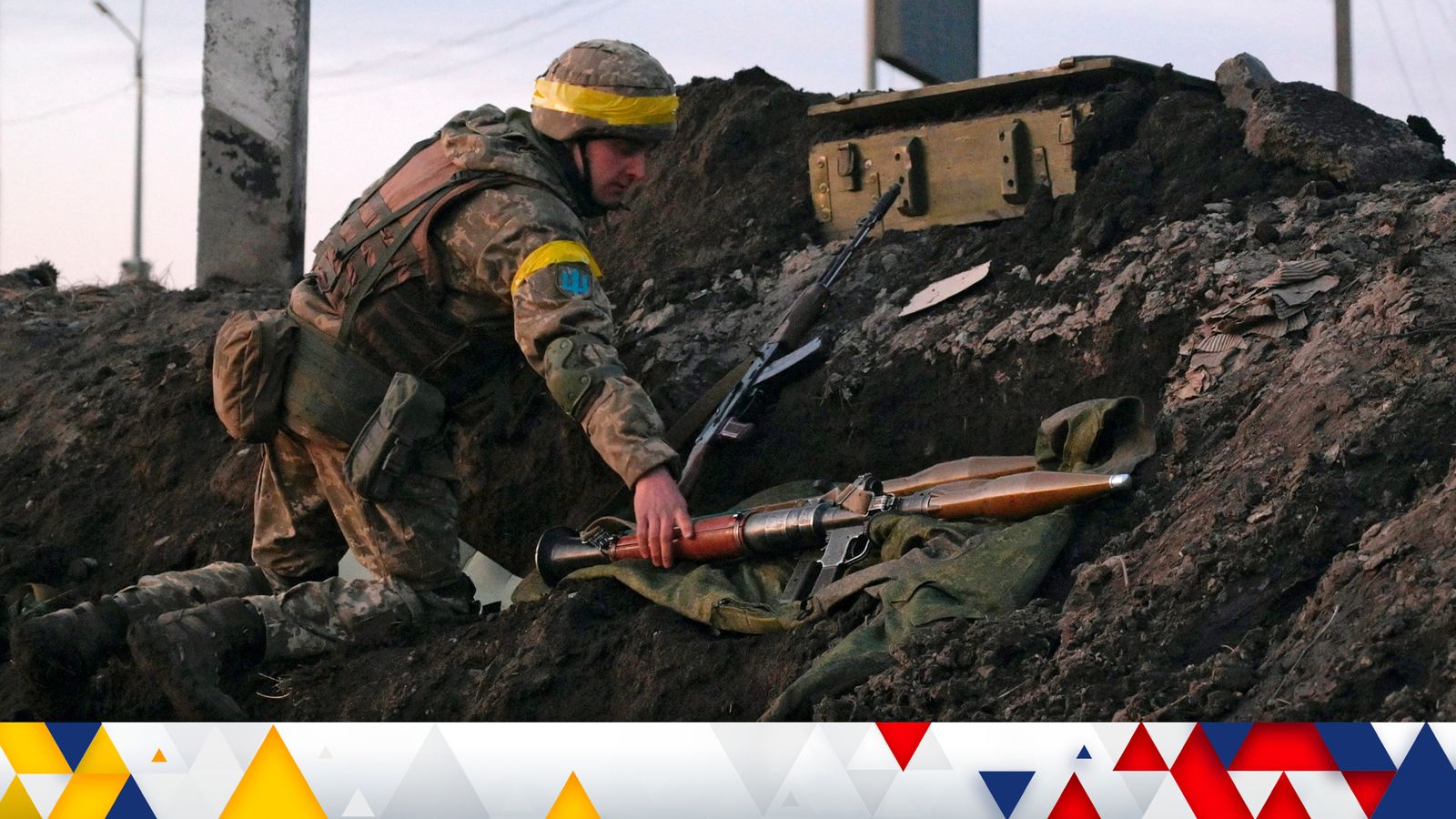 Russia has not taken any of its major objectives in the first 24 hours of its invasion of Ukraine and has lost more than 450 personnel, according to the UK’s defence secretary.

Ben Wallace told Sky News it was the UK government’s view that Russian President Vladimir Putin intends “to invade the whole of Ukraine”.

But he said Russia was “behind its hoped-for timetable” in the military action against its neighbour.

“Our assessment, as of this morning, is that Russia has not taken any of its major objectives,” the defence secretary said.

“In fact it’s behind its hoped-for timetable. They’ve lost over 450 personnel.

“One of the significant airports they were trying to capture with their elite spetsnaz [special forces] has failed to be taken and, in fact, the Ukrainians have taken it back.

“So I think, contrary to great Russian claims and indeed President Putin’s vision that somehow the Ukrainians would be liberated and would be flocking to his cause, he’s got that completely wrong.

“And the Russian army has failed to deliver on day one its main objective.”