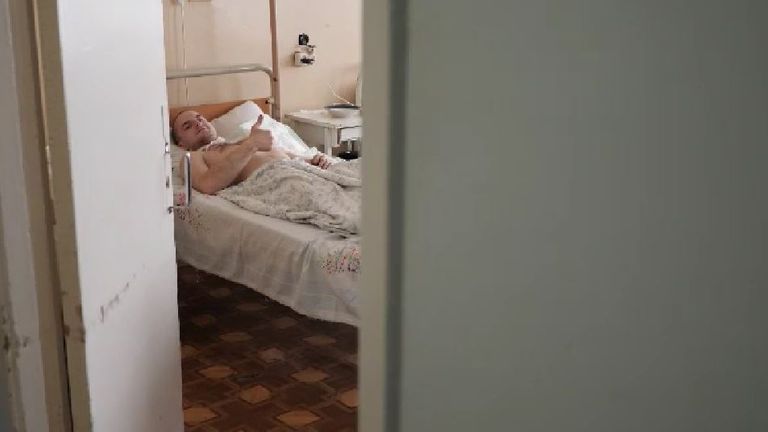 It has been a horrific 24 hours at the main hospital in Mariupol.

The facility’s directors take me to see soldiers injured in the fighting on the eastern front in Ukraine.

Staff Lieutenant Andrei lies on his back, his eyes fixed blankly on the ceiling.

Putin ready to negotiate with a caveat – follow latest updates

Andrei’s left shoulder has been badly lacerated with shrapnel.

Heavily medicated, his speech is slow but he says that as soon as he’s recovered he wants to fight again.

He said: “We came under fire from a mortar attack. We went back into a trench and realised that we were injured.”

“We saw an ambulance pass by and decided not to be heroic and asked them for help,” he tells me.

In the bed across from him, Sergei’s leg has been smashed.

‘Failed promises’ from the West

He feels Ukraine‘s been deserted in its hour of need against Russia.

“There were a lot of promises (from the West) but we didn’t benefit from them. They can’t just help us with sanctions. The weapons they’re sending us…”

Eyewitness: Shocked civilians hide in fear but are defiant as explosions boom and Russian rockets rain down on the coastal city of Mariupol

His sentence tails off, but the sentiment is clear.

The weapons the Ukrainian military has been supplied by its Western allies are simply not enough to face down one of the largest and most powerful militaries in the world.

In another room, Vadeem has just come out of surgery, he’s in agonising pain. 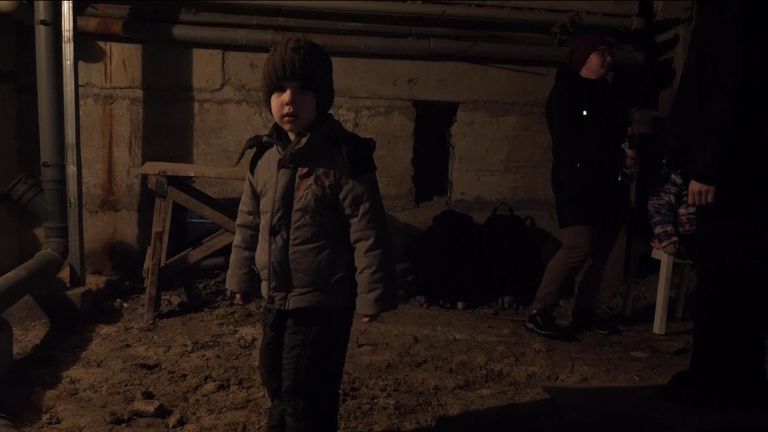 Sky correspondent Alex Rossi reports from Mariupol, Ukraine, where people hunker down as rockets rain down and explosions boom.

Dr Alexei says he expects to see many more blast injuries in the days to come, as he holds up an X-ray of his shattered tibia.

“How long can we hold out? A few days? We are hoping NATO will help us.

“Maybe they will make force him (Putin) to the negotiating table. Maybe they will arrange a ceasefire. But we are doing our job. We are working 24-hours a day,” he says.

But it’s unlikely any help will arrive.

‘It’s my duty to go and fight’

Mariupol, like the rest of this country, is besieged, and on its own.

The people here are exhausted.

They stay inside unless they have to brave the outside world to get supplies.

But after years of fighting, they’re injured to the sound of war – most don’t even flinch when the shells start flying.

And as fear hovers over this place a steady stream of evacuees are getting out whilst they can.

On the platform of the city’s central station, we meet Alexander.

He’s putting his wife and young daughter on the train to safety before he goes back in the army.

It’s a touching scene full of sadness, and it’s one that’s being repeated across Ukraine as men, young and old, take up the call to arms.

“I want to take my family to safety place in the Cherkasy region. It’s the safest place now. There’s no fighting there.”

“I’ve fought in wars before. I’m trained. I feel it’s my duty to go and fight again as my country needs me.”

More families will be separated in the days to come.

And with the Russian invasion hammering almost every corner of this country, there’s no doubt there will be many more tears too.