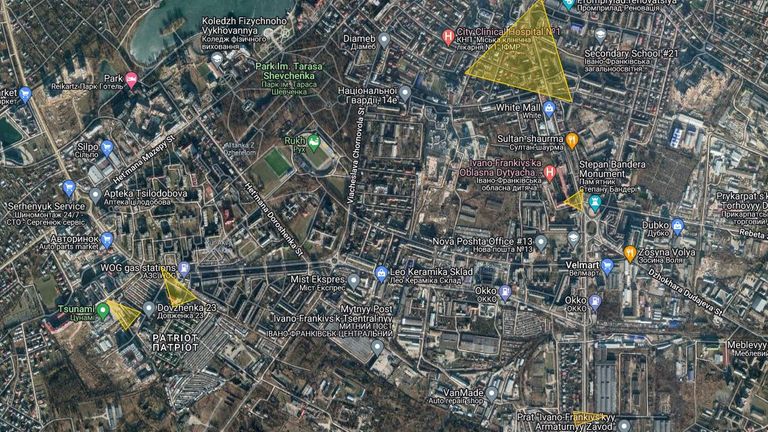 A video posted on social media almost certainly shows a missile attack on a Ukrainian air base, Sky News has established.

Following an extensive verification process, which involved geo-locating other videos recorded in the area, we have verified that the footage shows a strike on a base in Ivano-Frankivsk, a city in Western Ukraine.

A missile is seen dropping from the sky followed by a large explosion when it makes contact.

There is a loud blast, a ball of fire and a large plume of grey smoke.

People are milling about nearby, watching the unfolding drama.

We have been unable to pinpoint the time of the attack.

Satellite images show a number of fighter jets on the ground at the airfield.

Four further videos were analysed, showing the direction from which they were shot.

After comparing images from each, we believe the footage does in fact show the base in Ivano-Frankivsk.

Below is another of the videos recorded in the area.