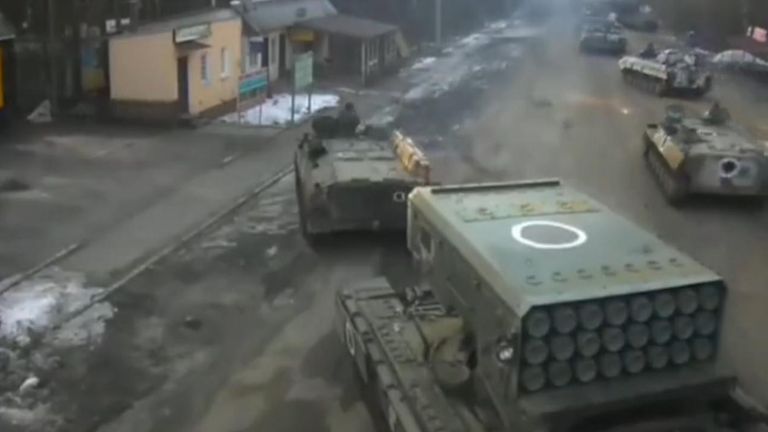 Cutting Russia off from the SWIFT global payments system would be one of the toughest sanctions the West could impose.

But it would also involve pain for foreign banks and other creditors that do business with the country.

It is an important cog in the world’s financial system and overseen by central banks in the United States, Japan and Europe.

Ukraine’s foreign minister has called for Russia to be cut off from SWIFT and that call has been backed by other governments including the Czech Republic.

There has been a clear reluctance more broadly to do so.

However, a senior US official has said Washington is not taking SWIFT sanctions off the table.

The move would damage Russia’s economy immediately and in the long term.

It would cut Russia off from most international financial transactions, including international profits from oil and gas production, which in all accounts for more than 40% of the country’s revenue.

But it would also make it tough for creditors to get their money back.

Among Western countries, the United States and Germany would stand to lose the most from such a move, as their banks are the most frequent SWIFT users with Russian banks, according to Maria Shagina at the Carnegie Moscow Center, a think-tank.

Read more: Inside Putin’s mind – Why is he invading Ukraine and what does he want?

In 2012, SWIFT disconnected Iranian banks as international sanctions tightened against Tehran over its nuclear programme.

Iran lost half its oil export revenue and 30% of its foreign trade, according to the Carnegie Moscow Center think-tank.

Russia has developed an alternative payments system that could be expanded to banks in foreign markets that have more friendly relations with Moscow.

It was developed after there were calls to cut its SWIFT access in 2014 when it annexed Crimea.

But the system has struggled to establish itself in international transactions.