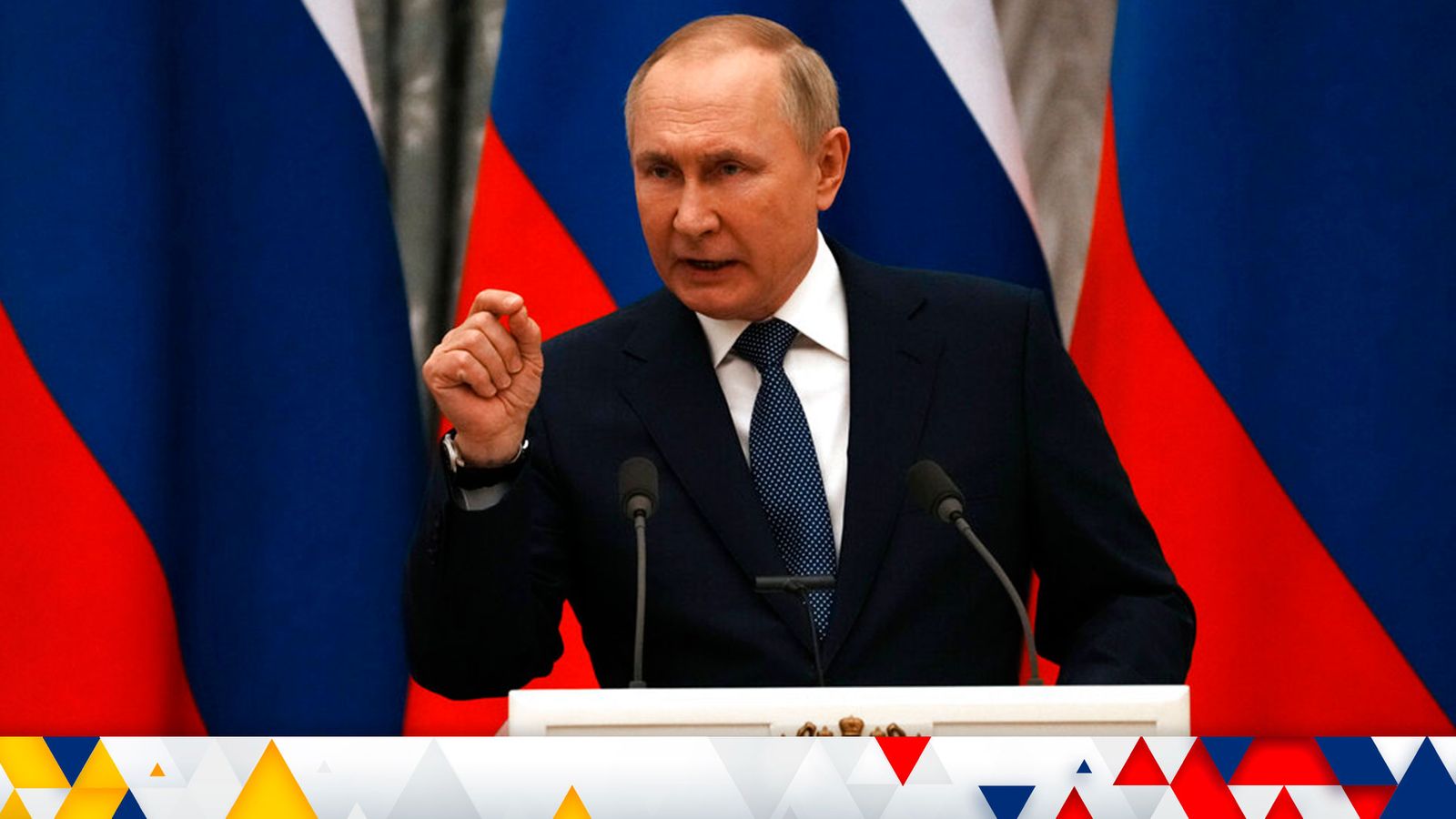 Vladimir Putin has said clashes between Russian and Ukrainian forces are inevitable and it is just a question of time.

In a television address, the Russian president said he had authorised a “specialised military operation” in Ukraine’s Donbas region.

He said the aim was to protect people, but circumstances demanded decisive action from Russia.

He claimed the actions were in self defence and that further NATO expansion and its use of Ukraine’s territory was unacceptable.

Mr Putin said the response would be instant if anyone tries to take on Russia and in comments directed towards the Ukrainian military he said your fathers and grandfathers did not fight so you could help “neo-Nazis”.

Multiple reports of explosions near the Ukrainian capital Kyiv have started to come in as a NATO official told Reuters that it looked like the Russian invasion of Ukraine had begun.

The US President Joe Biden was swift to respond with a statement denouncing the “unprovoked and unjustified” attack and said the “prayers of the world” were with Ukraine.

He said the world would “hold Russia accountable” and the US and its allies would respond in a united and decisive way.

He added that “President Putin has chosen a premeditated war that will bring a catastrophic loss of life and human
suffering.

“Russia alone is responsible for the death and destruction this attack will bring.”