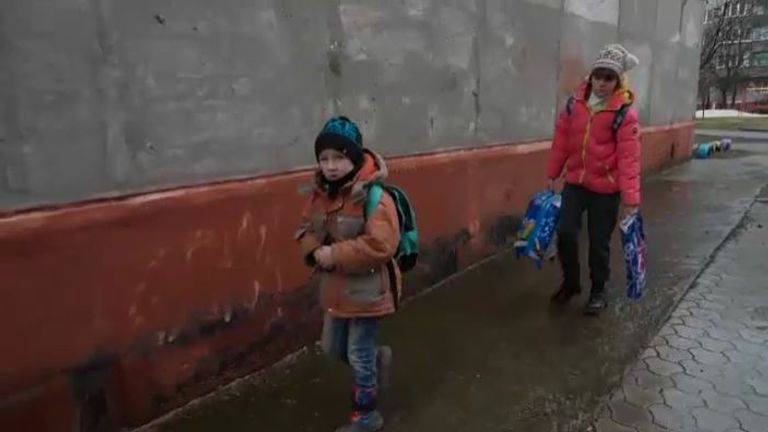 The sound of explosions boom across the coastal city of Mariupol. It’s been going on for hours.

This is a population in shock.

People just stop, rooted to the ground disbelieving the enormity of events, as they stare hopelessly at the sky listening to the blare of war.

They are traumatised by a conflict they did not start and did not want.

In the distance we watch artillery rain down on Ukrainian positions – fires light up the horizon, crackling with intensity.

We watch from a flat in a high-rise apartment block.

The family inside tells us they don’t know what to expect but will pray.

A few metres from me a baby, barely a month old, sleeps on a bed. The defence of the outskirts may not last long.

Some families grab what they can. I watch as a couple load up their Lada with a few small bags.

Their little girl, she can’t be much older than three, carries a plastic bucket and spade as she trails behind them.

They are right to be scared. There have already been attacks on civilian areas.

The eastern district was targeted by rockets, presumably to terrorise the population.

There is a huge amount of destruction.

A fire burns inside the living room of one house.

And the people living here are worried there could be another salvo at any time.

Jakub shows me inside his home – it’s been wrecked. His great-grandson was hit by shrapnel as he slept.

“He is 13 years old – his hand is severed, look, look over there at the blood,” he says pointing at the crimson soaked sheets.

There are still signs of life in the city centre – but this is not normal.

They’re trying to get supplies, no one here knows when the Russians will arrive but they can hear the fighting is getting closer.

In the queue waiting patiently, we find Margarita.

Ukrainian forces are trying to fight, setting up positions inside the city – but as we filmed the war felt very close.

Over time this could turn into a bitter and brutal guerrilla battle.

With bombs dropping families hunker down for the moment in damp and gloomy basements. 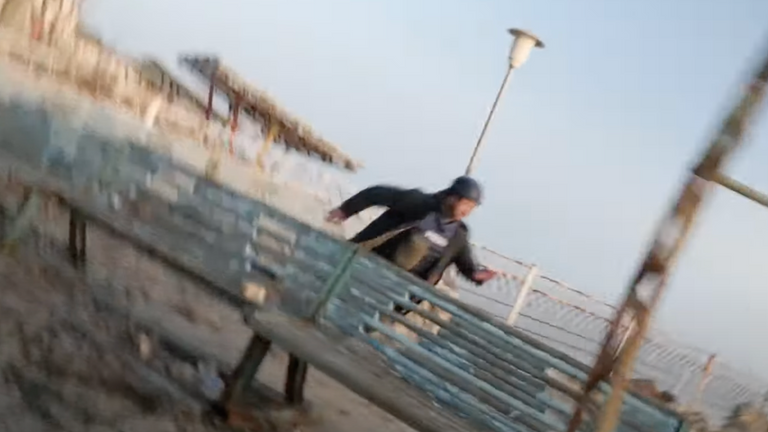 Sky reporter in Ukraine runs for cover during shelling

They don’t know when this storm of fire will pass.

Lyudmila, a mother of two, still can’t understand why Russia wants to destroy her country.

“We’ve already gone through this in 2014 because of the war.

“I want this to stop, I want them to leave people alone,” she says wiping tears away from her eyes.

Ukraine is a nation of suffering.

The next hours will be filled with misery and fear as people cower in the dark of their bunkers from Vladimir Putin’s war machine.