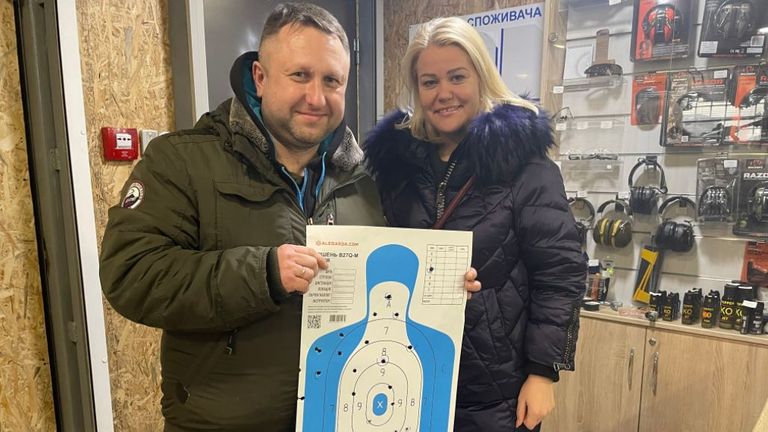 The birthday treat for one Ukrainian man was not a trip to the theatre or a fancy restaurant.

Instead, to Anatoly Arefyanov’s delight, his wife booked the couple in for a session at a shooting range in the capital Kyiv, where business is booming as civilians sign up to learn gun-handling skills in preparation for a possible large-scale Russian invasion.

“I once served in the army and I wanted to renew my skills,” said 39-year-old Mr Arefyanov.

He held up what he had used for target practice – a large piece of paper with the outline of the top half of a man – peppered with bullet holes.

“The situation is difficult and we need to be ready for anything now,” he said.

His wife, Tatianna, a 41-year-old accountant, said it was her first time firing a weapon.

“I made such a birthday gift to myself and my husband,” she said.

Key developments:
• European Union sanctions against Russia have come into effect
• Ukrainian government and banking websites have been knocked offline
• White House says Biden-Putin summit ‘not in the plans’ anymore
• UN secretary general warns against the risks of an expanded conflict

They were speaking before the Ukrainian parliament voted to back government plans for a state of emergency for the country.

Read more: How will UK help Ukraine if it is invaded?

Asked how they felt about the development, Mrs Arefyanov said: “Let’s get ready. And what else do we have to do? Nobody goes anywhere. Everyone stays in place, everyone works, everyone has their own business and no one leaves [Kyiv].”

They were speaking in a gun shop called Tactica that includes the shooting range, which is accessed from behind a secured set of doors.

It has two long shooting lanes, with a rifle fixed at one end and the target hanging from a wire at the other.

Anyone using the facility must wear ear defenders and eye protection. 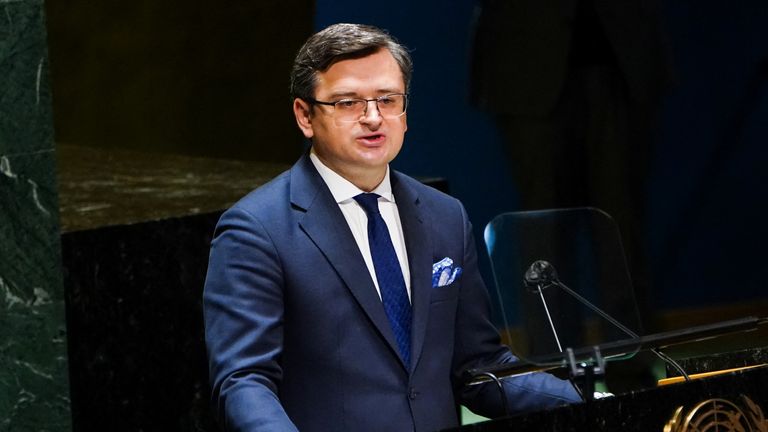 ‘Russia will not stop at Ukraine’

Read more: Why does Putin want to invade Donetsk and Luhansk?

Pop music plays out of an old-looking stereo on a shelf fixed to the back wall, which can be heard even with the ear protection.

Demand to use the shooting range has rocketed by up to 200% since December as people sign up to practice their aim or learn how to shoot for the first time.

Instructors are on hand to help teach novices. 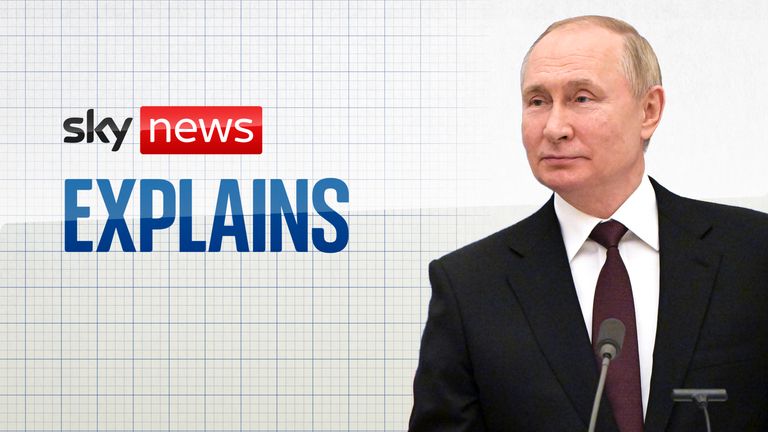 
The gun shop, which is the heart of the business, has also seen trade soar because of concern about Russian forces launching an attack.

Its logo – Shooting is life.

A flag made out of bullets in the national colours of yellow and blue summed up a mood of patriotism and a willingness to fight.

There was also a chess board with bullets instead of chess pieces.

On one wall was a stretched glass cabinet filled with assault rifles, hunting rifles, shotguns and even a machete.

Ukraine’s parliament is in the process of passing legislation that will make it legal for civilians to carry their own weapons.

But it is not in law yet, so only those with specific licences can buy arms but must have further permissions to be able to carry them.

And they have been rushing to stock up since December as fears about Russia grew, according to one store worker.

The store worker said that sales had doubled in the past three months, with ammunition, in particular, in high demand and stock running low, including from their suppliers.