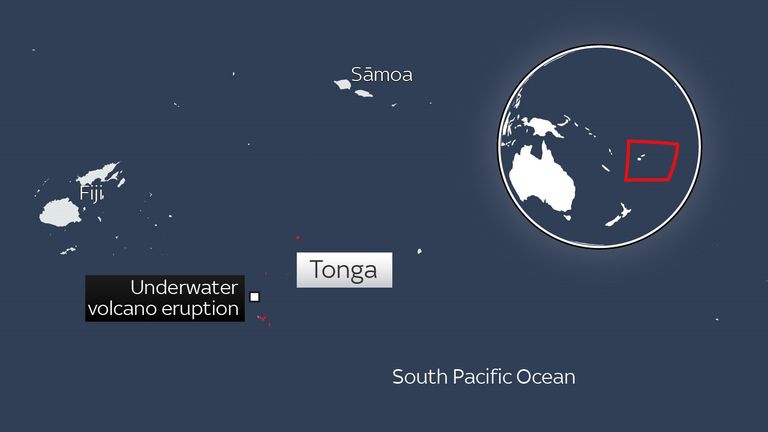 Tonga’s internet connection has finally been restored – more than five weeks after a volcanic eruption and tsunami.

The crucial undersea cable was severed on 15 January, the same day that the twin disasters killed three people and ruined dozens of homes.

Samiuela Fonua, the chairperson of Tonga Cable Ltd, said the fibre-optic cable was reconnected on Tuesday.

A crew on a repair ship replaced about 56 miles of the cable and, after some testing, it is now fully operational.

He told The Associated Press: “It’s a huge relief when you know things have come to the end and are working well.

“It’s one step forward for the country.”

The workers will now concentrate on fixing a second damaged cable, which connects some of the smaller islands to Tonga’s main island.

Mr Fonua said that Elon Musk’s SpaceX company had helped to restore the cable connections through its Starlink network of low-orbit satellites.

SpaceX established a base in neighbouring Fiji to help with the project.

The cable company tested the satellite connections this week and it is hoped the network can be used to reconnect people on some of Tonga’s outer islands.

It comes as the country also fights its first COVID-19 outbreak.

The virus had been largely absent before the eruption and tsunami.

After the disasters, Australia, New Zealand, Japan, the UK, and China all offered to deliver aid, but steps were put in place to try to make sure they did not also bring COVID-19.

Arrivals in Tonga are usually required to spend three weeks in quarantine, but the countries delivering aid promised to bring fresh water and medicines without coming into contact with Tongans on the ground.

However, dozens of sailors on Australian aid ship HMAS Adelaide became infected, as did crew on flights from Japan and Australia.

Soon afterwards, the first few cases among Tongans were confirmed and the virus has since infected more than 250 people in the country of 105,000.

There have been no deaths reported.