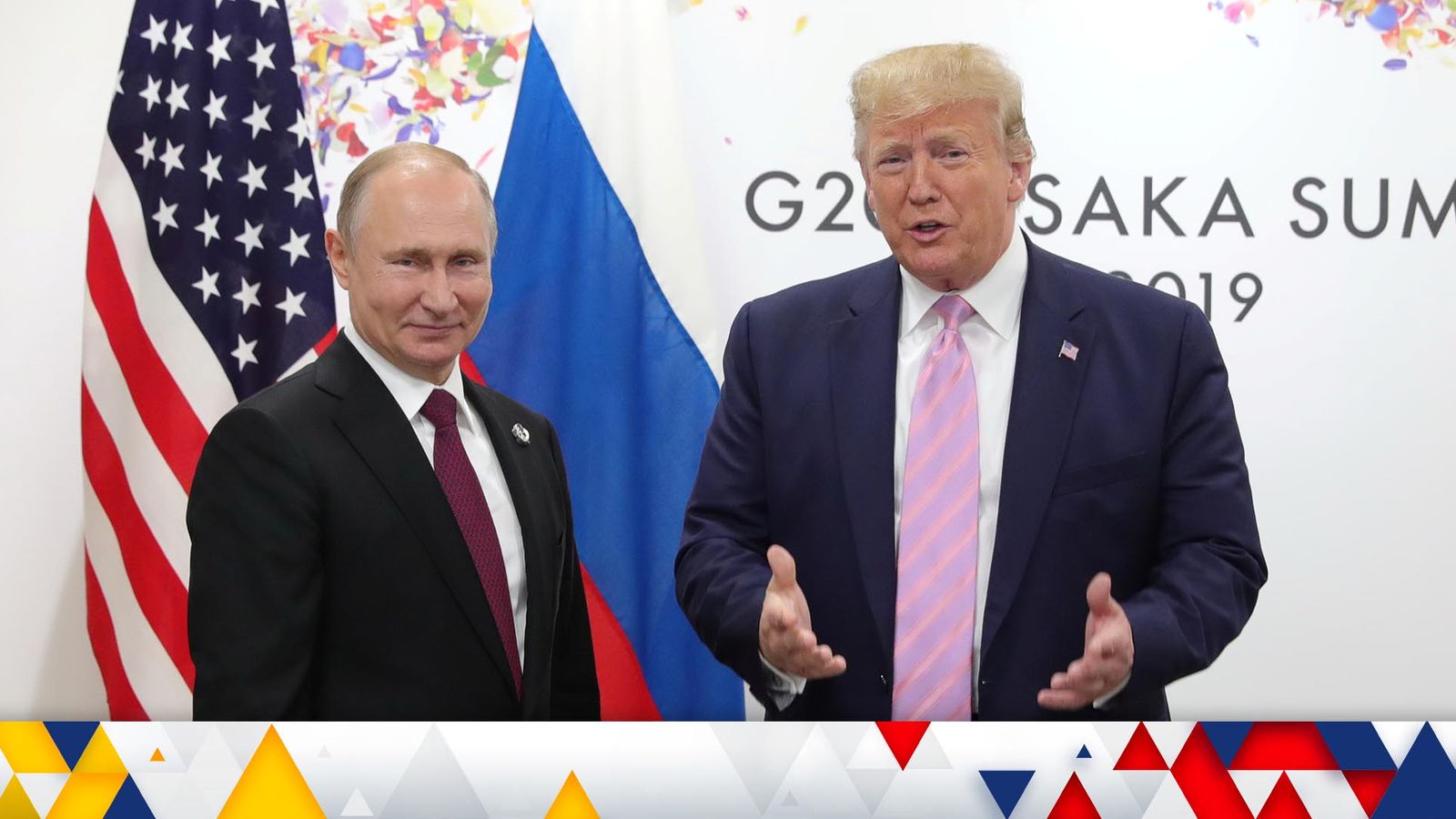 During an interview with podcaster Buck Sexton, Mr Trump said he backed Mr Putin in his decision to send troops to perform “peacekeeping” duties in the Russian-controlled areas of southeast Ukraine.

“I went in yesterday and there was a television screen, and I said ‘this is genius’,” he told the conservative podcast host.

Ukraine and most Western allies view the move as an occupation of the region which could lead to tougher sanctions and more conflict.

However, Mr Trump was full of praise for Russia’s “peace force”.

“We could use that on our southern border” he said. “That’s the strongest peace force I’ve ever seen. They’re gonna keep the peace all right.”

Mr Trump went on to criticise President Biden for his lack of response to the crisis, boldly claiming that Russia’s invasion of Ukraine would not have happened when he was in office.

“I knew Putin very well. I got along with him. He liked me. I liked him,” he said.

The former President claimed that Putin was a “tough cookie” but was “very savvy”, had a “lot of great charm” and loved his country.

In a press briefing yesterday, the White House’s Press Secretary Jen Psaki condemned the comments made by Mr Trump and said they try not to “take advice from anyone who praises Putin and his military strategy”.

Read more: What will happen if Russia chooses all-out war?