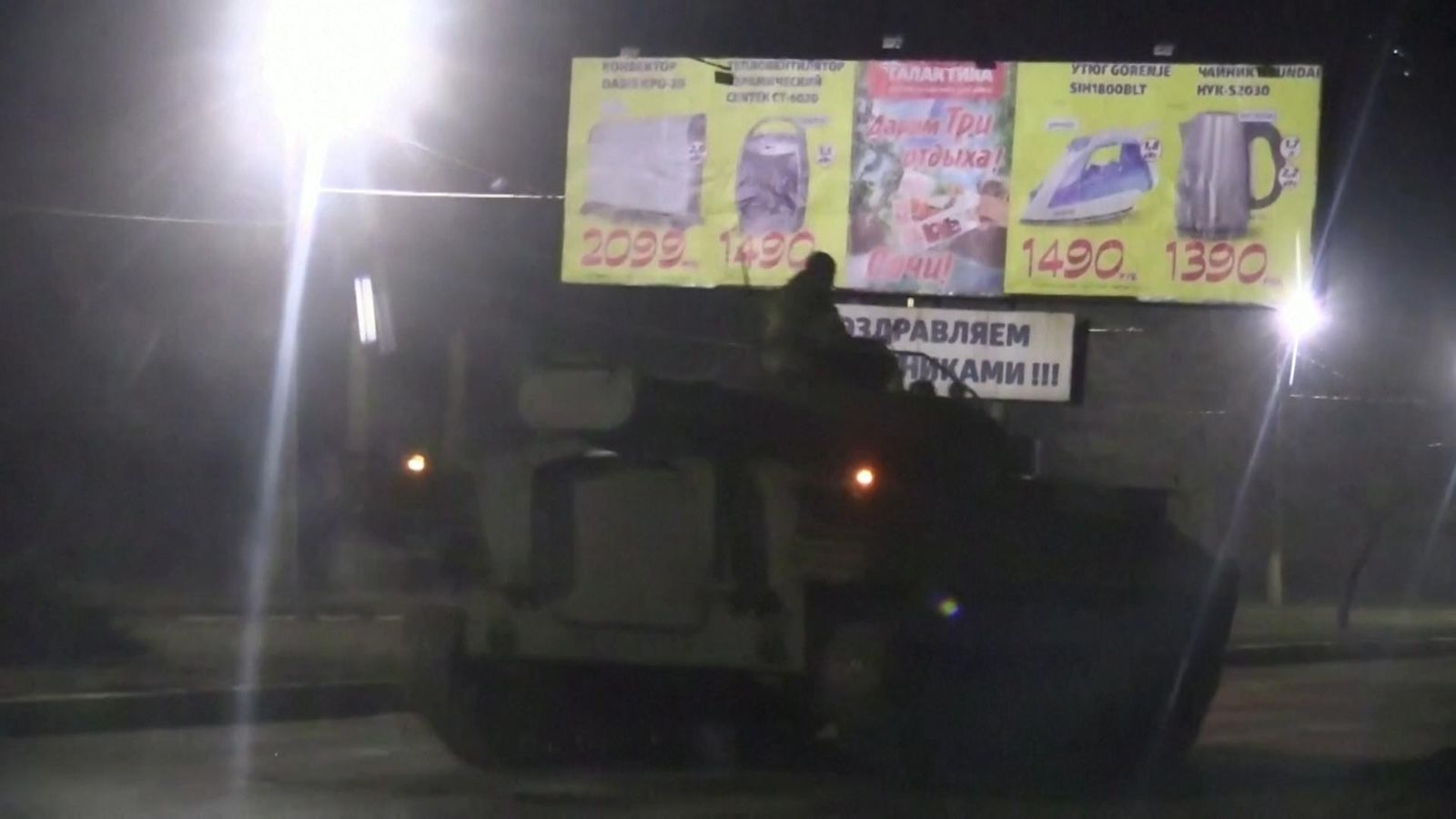 Columns of military vehicles including tanks and armoured personnel carriers have been seen on the outskirts of Donetsk, the capital of one of two breakaway regions of eastern Ukraine, according to a Reuters witness.

No insignia were visible, but the appearance of the vehicles came hours after Putin signed friendship treaties with the two separatist regions and ordered Russian troops to deploy on what Moscow called a peacekeeping operation.

Reuters reporters in Donetsk had not seen tanks on the streets in previous days.

Video shot by Reuters at Makiivka, near Donetsk shows various military vehicles including APCs and trucks on the road.