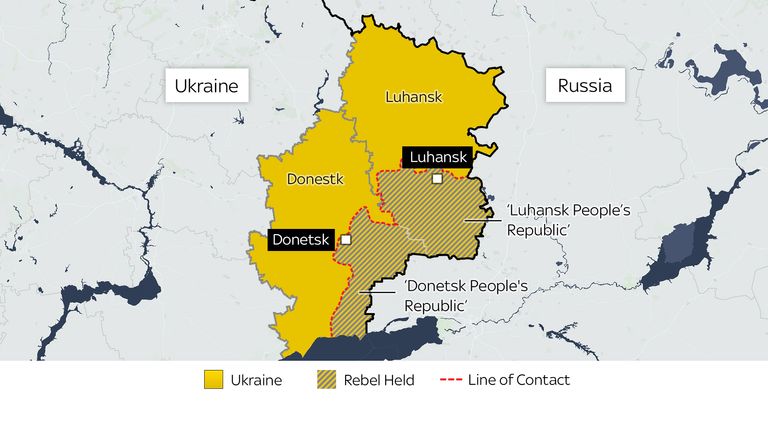 Russian legislators have given President Vladimir Putin permission to use armed forces abroad.

The decision by the upper house of parliament takes immediate effect – and it could presage a broader attack on Ukraine.

On Monday, Moscow recognised the independence of Russian-backed rebel regions in eastern Ukraine.

Some Western leaders have said Russian troops had moved into Ukraine’s east – and the US called it an “invasion”.

In Brussels, NATO Secretary-General Jens Stoltenberg said Russia is planning for a “full-scale” attack on its neighbour.

“Every indication is that Russia is continuing to plan for a full-scale attack of Ukraine,” he told a news conference.

However, it was unclear how large the Russian troop movements were. Ukraine and its allies have long said Russian troops are already fighting in the region, though Moscow denies those allegations.

The upper house’s decision allows Mr Putin to deploy Russian military forces to the two separatist-held regions in eastern Ukraine in what Moscow has called a “peacekeeping” mission.

“By approving the use of the armed forces abroad, we assume they will be peacekeeping forces – forces designed to maintain peace and stability in the (self-proclaimed east Ukrainian) republics,” Valentina Matvienko, the upper house’s speaker, said before the vote.

As Russian MPs met to discuss the vote, the Kremlin announced Mr Putin had ratified friendship treaties with the two breakaway republics – a move Russia says allows it to build military bases there as well as deploy troops, agree a joint defence posture and tighten economic integration.