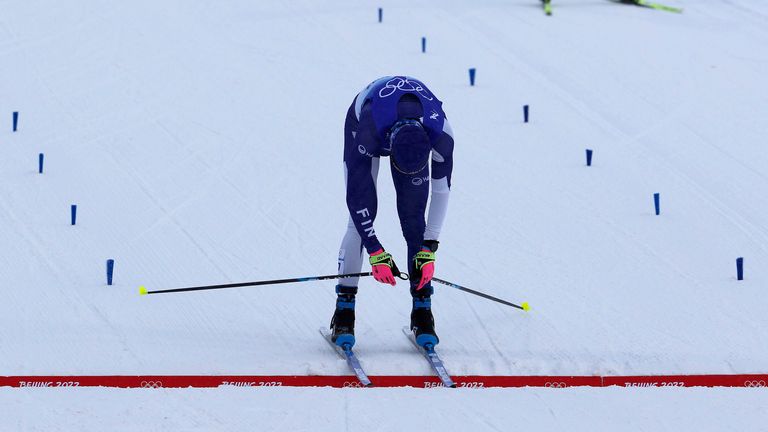 Finland’s Remi Lindholm spent just under an hour and 16 minutes traversing the route – which had been shortened from 50km to 30km, amid warnings about the impact of winds of up to 40mph, in -16C (3F) temperatures.

The new distance did little to help Lindholm, who needed a heat pack at the end of the race to thaw out his genitals.

“When the body parts started to warm up after the finish, the pain was unbearable,” Lindholm said.

It is the second time it has happened to the athlete, with his penis freezing during a similar incident in Ruka, Finland, last year.

“You can guess which body part was a little bit frozen when I finished (the men’s Olympic 50km race)… it was one of the worst competitions I’ve been in. It was just about battling through,” he told Finnish media.

Organisers had been worried about frostbite during Saturday’s race, delaying it by an hour, as well as shortening it.

NBC News reported that the windchill factor made temperatures feel like -32C (-26F), as the winds around Beijing whipped up.

The thin suits and under-layers worn by competitors, as well as plasters to cover their faces and ears, offered little protection.

Despite the sacrifice made by Lindholm, he finished in 28th place. The race was won by Russian Olympic Committee (ROC) athlete Alexander Bolshunov.