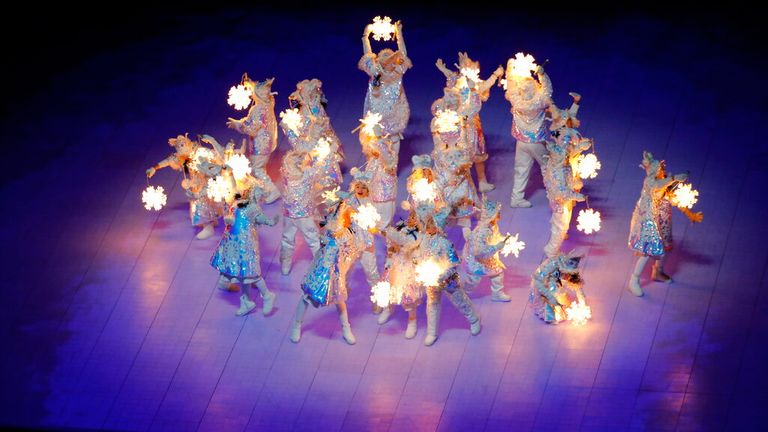 The Olympic flame was snuffed out over Beijing’s Bird’s Nest stadium on Sunday night, concluding a Winter Games set to be remembered for fake snow, strict COVID-19 restrictions and a Russian doping scandal.

Chinese President Xi Jinping was on hand for the snowflake-themed ceremony, which was capped by a 90-second fireworks display that spelled out “one world, one family,” and a rendition of “Auld Lang Syne”.

Figure skater Kamila Valieva, beset by a doping scandal and a row about whether she should have been allowed to participate, came fourth on Thursday in the individual event after several mistakes.

The 15-year-old controversially failed a drugs test but was still cleared to compete, a decision contested by the International Olympic Committee (IOC) but overruled by the Court of Arbitration for Sport (CAS).

IOC president Thomas Bach called it “chilling” to see the “cold” way the distraught skater was treated by her Russian coach after falls in her figure skating routine.

After two weeks of events involving 15 disciplines and 3,000 athletes, Mr Bach called for political leaders “around the world” to be inspired by the athletes’ “example of solidarity and peace”.

“This unifying power of the Olympic Games is stronger than the forces that want to divide us,” he said.

Bach said the athletes had “given peace a chance,” with his comments coming amid escalating tensions between Russia and Ukraine.

The Beijing Games were contained inside a “closed loop”, with extremely strict COVID-19 protocols including half-empty stadiums and “no cheering” signs sapping the fun from crowd participation.

Foreign journalists were stuck inside the tightly sealed bubble, unable to travel or report more widely, such as on the allegations of human rights abuses in Xinjiang.

The “closed loop” prevented the spread of the novel coronavirus at the Olympics or into the community, keeping in line with China’s zero-COVID policy, but dashing the dreams of many athletes barred from competing after positive COVID tests.

There were initially fears over a lack of snow, then over environmentally damaging fake snow, before concerns later about the disruption from too much real snow. 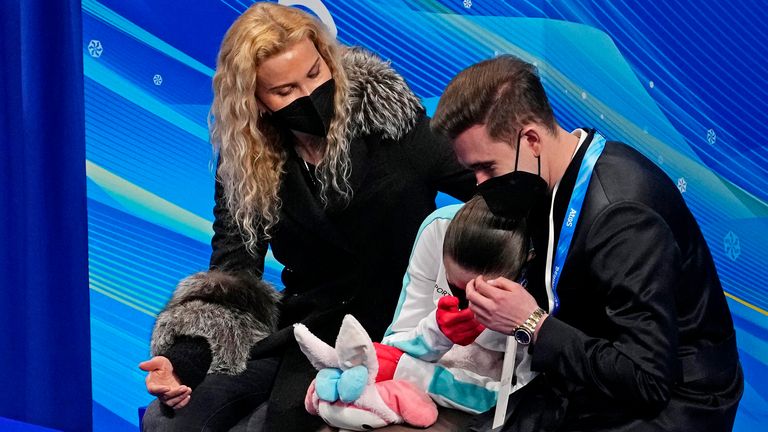 But there were many high points, including for Great Britain on Sunday when curler Eve Muirhead, having overcome setbacks and staged so many great escapes, rallied her team to seal gold in a thrilling women’s curling final.

But the total of just two medals – a far cry from the five won in Sochi in 2014 and at Pyeongchang in 2018 – may raise questions about where the nation’s winter sports funding is best aimed.

Other inspiring moments came from 17-year-old freestyle skier Kirsty Muir, who scored top 10 finishes in both Big Air and slopestyle.