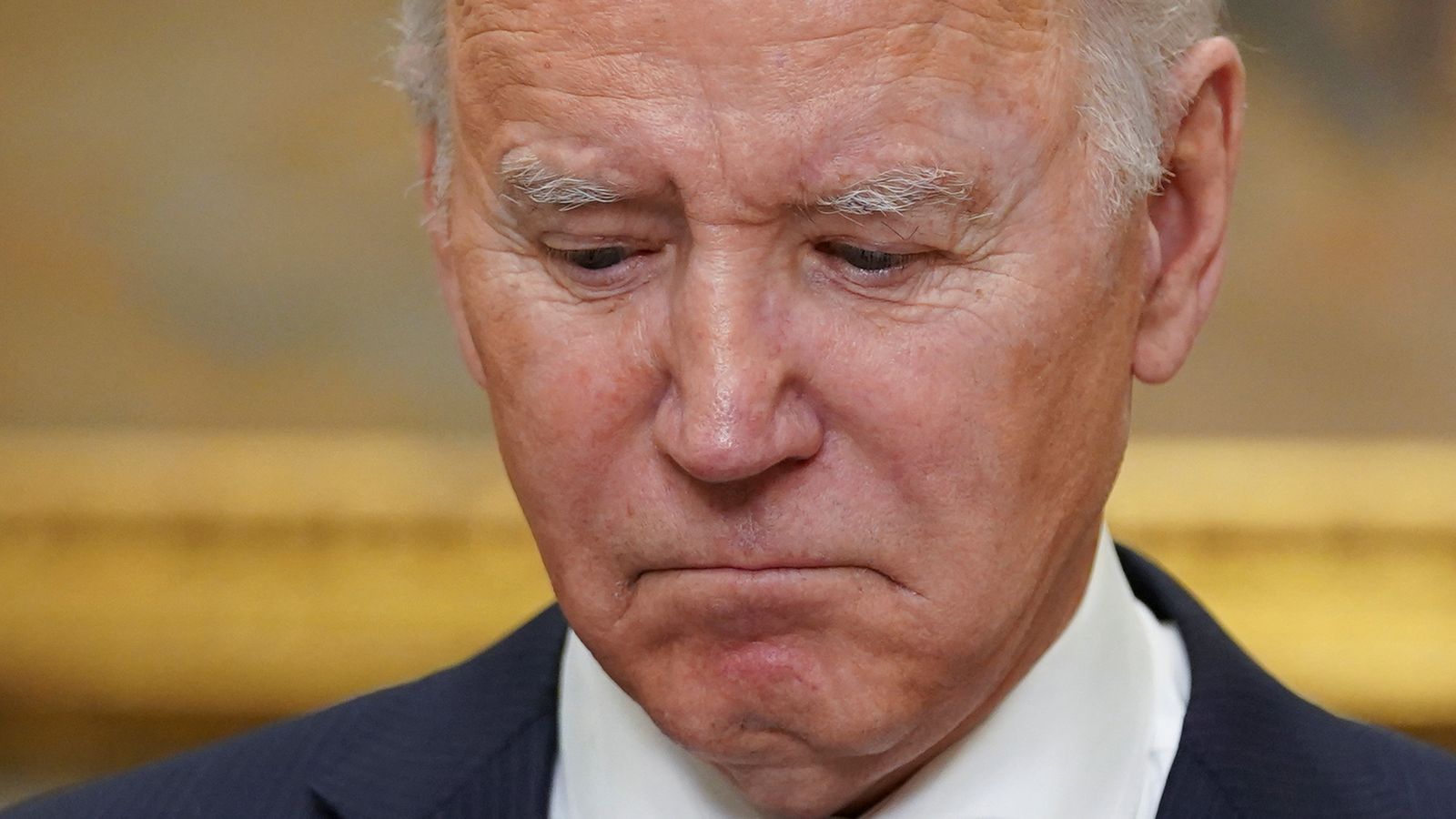 Speaking at the White House, the US president told reporters that Washington has “reason to believe” Russian forces intend to attack in the coming days and will target the capital, Kyiv.

Previously, Mr Biden had said the US was unsure whether Mr Putin had made a final decision, but on Friday he said that the US’s “significant intelligence capability” had resulted in a change.

He said: “As of this moment, I’m convinced he has made the decision. We have reason to believe that.”

It comes as the number of Russian troops on the border with Ukraine is estimated to have reached more than 150,000.

Analysis by Martha Kelner, US correspondent

A huge – and bleak – moment in this ongoing and unpredictable crisis.

The Biden administration had said three weeks ago that an invasion was “imminent”. They then revised that to “highly likely” to avoid – they said – causing undue panic in Ukraine.

But President Biden was very clear tonight in his view that Vladimir Putin has already decided to invade and, not only that, but he will attack the capital, Kyiv.

He said the door to diplomacy was still open but the chances of this situation being resolved around the negotiating table seem to be increasingly slim.

There was also another direct warning to President Putin and the Kremlin: “Make no mistake,” Mr Biden said, “if Russia pursues this plan, it will be responsible for a catastrophic and needless war of choice.”

The US has said it is, alongside NATO allies, “converging” on a final package of sanctions against Russia if it invades.