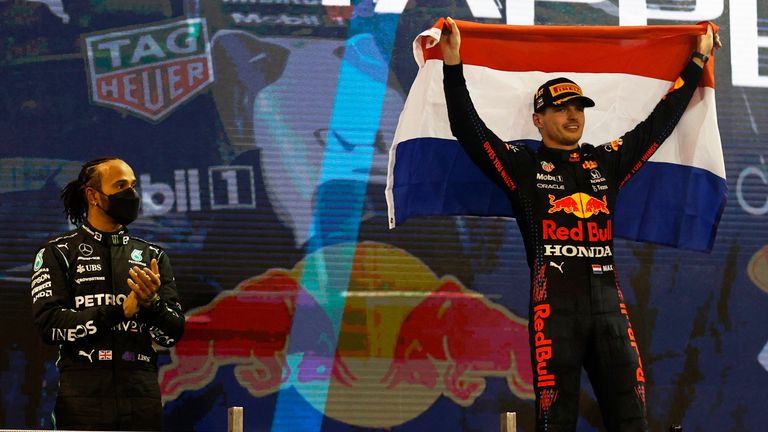 He has come under intense scrutiny for his handling of the 2021 finale, which saw Max Verstappen overtake Lewis Hamilton and snatch the rice – and the championship – on the final lap.

FIA president Mohammed Ben Sulayem confirmed a number of structural changes as part of a “step forward for Formula 1 refereeing”.

Masi will be offered a new role within the FIA, which Sky understands will be a safety role.

Wittich and Freitas will be assisted by Herbie Blash as the permanent senior adviser, with Blash returning to F1 five seasons after stepping down as deputy race director to the late Charlie Whiting.

The new race management team will be in place from next week’s test in Barcelona.

Under the restructure, direct radio communications between teams and the race director – currently broadcast live on TV – will also be removed and a Virtual Race Control Room will also be created, likened to football’s VAR.

FIA President Mohammed Ben Sulayem said this would “protect the race director from any pressure and allow him to take decisions peacefully.”

The unlapping procedure behind the safety car will also be reviewed.

What happened in Abu Dhabi?

British driver Hamilton had led for almost all of the final race and had been on course to win a record-breaking eighth world title.

But he was overtaken on the final lap by Verstappen after a safety car came on the track to deal with a Nicholas Latifi crash just five laps from the end.

Verstappen, who was in second at the time, changed his tyres during the delay, while Hamilton stayed out in the lead to keep track position on his older set.

There were initially five lapped cars between the two title contenders in the queue behind the safety car.

Race director Michael Masi decided that only those five should be allowed to unlap themselves, instead of all lapped cars as is the usual procedure.

Hamilton’s team, Mercedes, argued that Mr Masi’s actions were not in line with the sporting regulations, but that challenge was dismissed by stewards.

While Masi’s actions were justified by the FIA stewards following a Mercedes team appeal, F1’s governing body lodged a full review into the process and admitted the sport’s image was being tarnished.

The move comes a day before the launch of Mercedes’ new car and the return of Hamilton.

Both driver and team were said to be “disillusioned” with F1 following the finale.

Hamilton has two years remaining on his Mercedes contract and had previously voiced his excitement about the sport’s 2022 rules and cars.