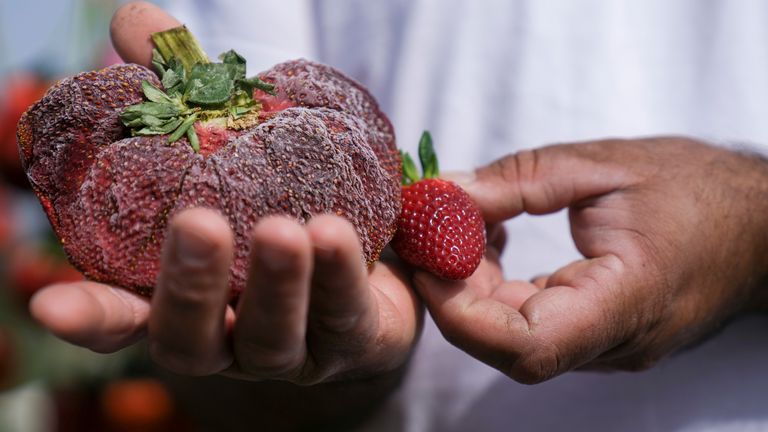 A farmer in Israel has entered the Guinness World Records after he grew the largest strawberry on record.

Weighing in at 289g, it has been declared the world’s largest after Chahi Ariel spent a year farming it.

The strawberry was picked on Mr Ariel’s family farm near Netanya in central Israel in February 2021 and has been stored in a freezer since.

“We waited for a year for the results. We kept it in the freezer for a year. It’s no longer as pretty as it was,” Mr Ariel said.

The strawberry is a local verity called Ilan, that tends to grow to a hefty size and Mr Ariel said the record setting fruit has shrunk to about half the size it was a year ago.

The previous record was a strawberry grown in 2015 in Fukuoka, Japan, that tipped the scales at 250g.

Mr Ariel said he jumped up and down, laughing and singing when he got the news.

“We are very happy to be in the Guinness World Records,” he said.