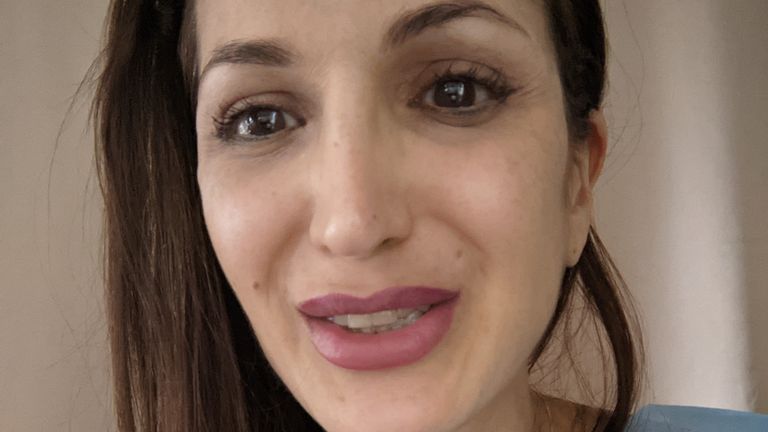 British couples undergoing fertility treatment in Ukraine face being separated from their children by an impending war – but many have said they not deterred by travelling warnings.

Hundreds of people from the UK and Ireland visit Ukraine every year to undergo fertility treatment or use Ukrainian surrogates.

But with the threat of an impending invasion from Russia, the UK government is advising against all travel to the region.

This has left families torn about whether or not to continue treatment, and concerned about what could happen to any babies born during the conflict.

Mother: Ukraine ‘my only hope’

Rend Platings, from Cambridge, has suffered five miscarriages and told Sky News that she believes a fertility clinic in Ukraine is her “only hope” of having another baby.

As well as having IVF at a private clinic in London, she has had four procedures at the BioTexCom fertility clinic in Kyiv. She intends to return to the country in March, for another round.

Mrs Platings has previously travelled to the country with her husband Michael and their seven-year-old daughter Samantha, who was conceived naturally. She has spent thousands of pounds on treatment in Ukraine – and said she is not deterred by travel warnings.

“It wouldn’t stop me from going, just because the advice is not to go. The whole thing means too much to me,” she said.

“I would take the risk to go on my own, just because I have already risked so much in this painful journey.”

She said this clinic was “the best chance” for the family, as they already now their medical background.

“I would love to carry on,” she added.

“It would be a dream come true and I really hope that the politicians and whoever is making this situation so difficult, can just calm down and make things peaceful. Everyone just wants peace. We want peace because peace enables us to get on with our lives.”

Experts say that some travel to the country because it is more affordable than having treatment in the UK. After the United States, Ukraine is the most popular country for British people using surrogates abroad.

Speaking from Kyiv, support manager Konstantin Nekrasenko, from BioTexCom, said the fertility clinic has built an emergency bomb shelter to protect any babies born if a war was to break out.

During the pandemic, the clinic had 50 newborns being kept in the Hotel Venice facility, whilst their parents could not reach them as a result of travel restrictions.

Mr Nekrasenko said that the clinic, which annually supports around 200 British families from the UK and Ireland for surrogacy and fertility treatment out of its 3,000 clients, was supporting British people concerned about what would happen if their babies were born to Ukrainian surrogates in the middle of a conflict.

He explained: “Those that are really concerned are the couples that are in Kyiv now.

“Last week, I had six British couples in Kyiv. Now I have only two couples left because all of them instantly got emergency travel documents for the baby. The British government reacted and facilitated them getting back home as soon as possible.”

He added: “The clinic has done some preparations to react fast in case any emergency situation happens. Shortly, you will see a special shelter will be constructed for the couples and babies who are in Kyiv now. But I would say that all the consulates are doing great work to get passports for the babies as fast as possible.”

‘Not many’ planning to avoid Ukraine

Mrs Rend, who has a British friend expecting a baby to be born to a Ukrainian surrogate in April, said many Brits are “not planning to interrupt their journeys”.

She continued: “Every month affects our chances and so we are in a rush. Time is not on our side. Time is never on your side when you’re doing fertility treatment.”

Kyiv-based Dr Inna Moroz, who specialises in IVF, said that around 50% of her clients are British – and whilst some have decided to go ahead with treatment, many have postponed their flights.

She said: “IVF treatment is age-related – so we can’t wait months or years to continue the treatment. We have embryos here, and we are waiting for transfers for example. We don’t know how long this situation in Ukraine is going to go on.”

She added: “We can be in this political game for a couple of months of a couple of years, we have to continue to live our normal lives, be strong and hope that the situation will be resolved.”

Lawyer Natalie Gamble, who specialises in fertility and surrogacy law, is working with British couples in the region.

She said: “The current situation is putting people off. They’re at a stage where they can cancel or look at other options.

“But for some people, that just isn’t possible.”

Meanwhile, a spokesperson from the Foreign and Commonwealth Development office confirmed that measures were in place to expedite emergency travel documents for UK babies born to Ukrainian surrogates. 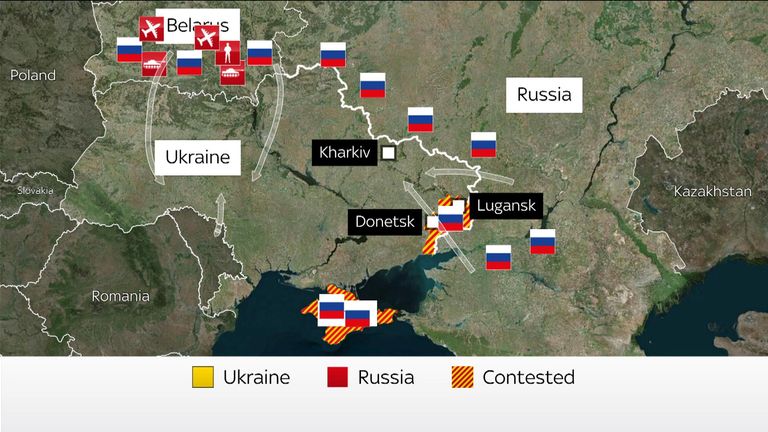 Explained: How Russian troops are assembled around Ukraine

They said: “We are doing everything we can to support all British families with surrogacy arrangements in Ukraine at this time.

“Her Majesty’s Passport Office are prioritising passport applications from Ukraine to support British families leaving as quickly as possible.”