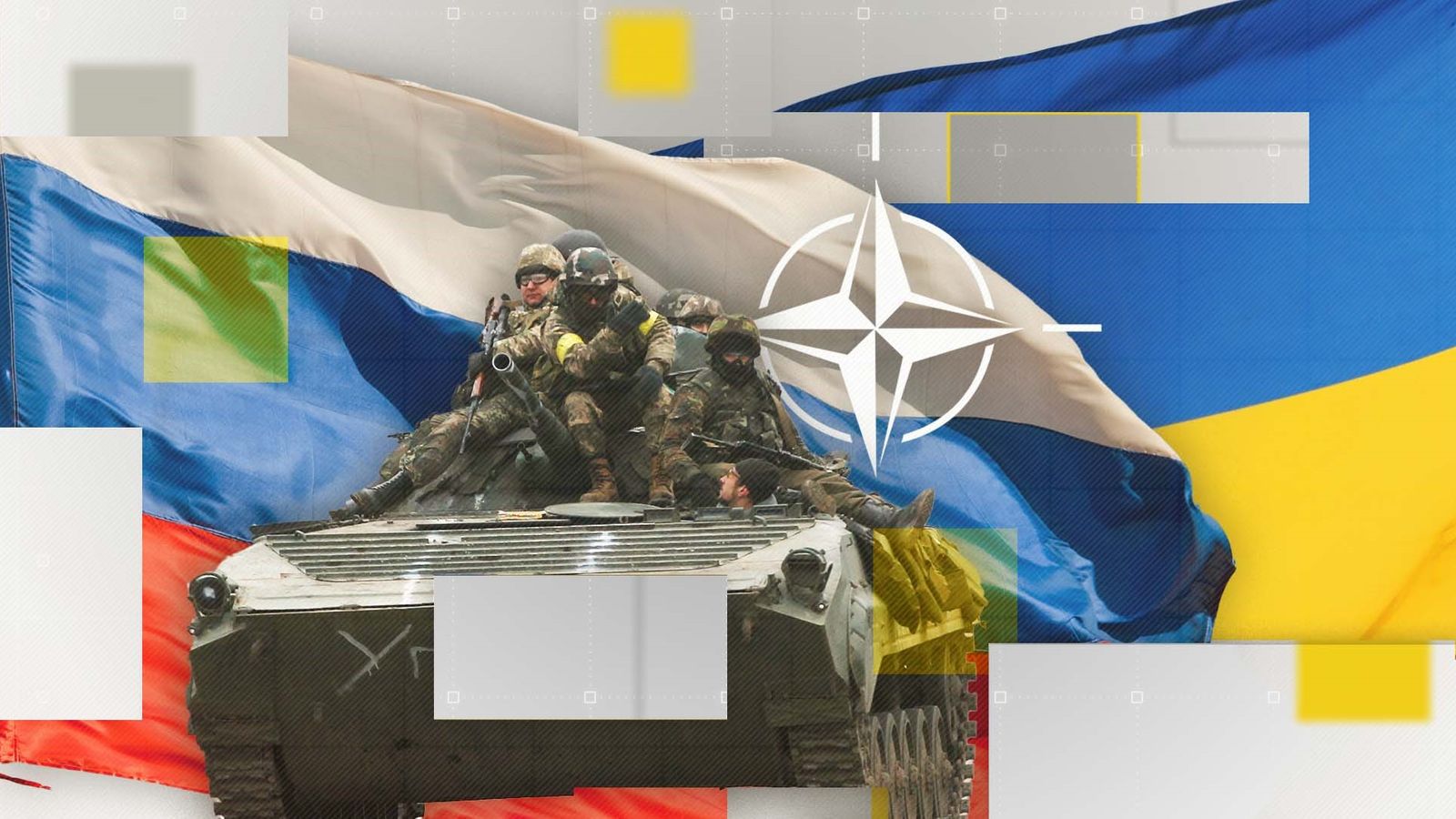 One of the reasons for these demands from Moscow is the need to hold back the advance of NATO eastwards.

But why does Russia claim NATO has become a risk to its security, and how has the alliance behaved in the run-up to the current conflict?

What is NATO and what role has it played in recent times?

Founded in 1949, the 12 original members of NATO struck a treaty that meant if any members were attacked, all members would seek to come to their assistance in collective defence.

In the 1950s NATO allies formed a bloc against countries aligned with the Soviet Union during the Cold War, such as Warsaw Pact nations like East Germany and Poland.

When the Soviet Union collapsed in 1991 a group of non-aligned countries separated Russia from NATO members.

But by 2020 NATO had expanded to include Poland, Romania, and the Baltic nations amongst others, while Russia had formed what it called the CSTO alliance with Belarus and several other nations.

Russia wants a guarantee from NATO that Ukraine will never join the alliance. This is something the organisation can’t realistically offer, according to Ed Arnold, a research fellow at the defence think tank RUSI.

Moscow also accuses NATO of “encircling” Russia and posing a threat. Mr Arnold believes this is a misguided accusation, saying: “Very little of Russia’s landmass is actually bordered by NATO… which is fundamentally a defensive alliance.

“European nations don’t really want to have to station troops in Eastern Europe, as it’s expensive.”

Ukraine is not a NATO member, but it was told in 2008 that it would be given the opportunity to join in the future.

Ukraine – which now sits between NATO and CSTO aligned countries – has received weapons, training, and equipment from NATO countries in recent years.

This support has increased over the past weeks. The Baltic countries have offered anti-tank weapons, while Estonia tried to send D-30 Howitzer artillery guns.

But ultimately the export of these guns was blocked by Germany, which failed to grant the necessary export licences. Instead it offered to send 5000 helmets to Ukraine.

The UK has been more forceful in its support – sending 2000 anti-tank missiles, known as NLAWs, to Ukraine.

It was also announced that 350 Royal Marines would move to Poland and additional tanks and troops would be sent to Estonia.

France offered to send more troops to Romania, in addition to the 4,000 NATO troops believed to be stationed there at some of the NATO positions highlighted here.

Around 3,000 US troops are being sent to Poland and Romania, with around 5,500 on standby. They will join the approximately 74,000 US troops already on the continent.