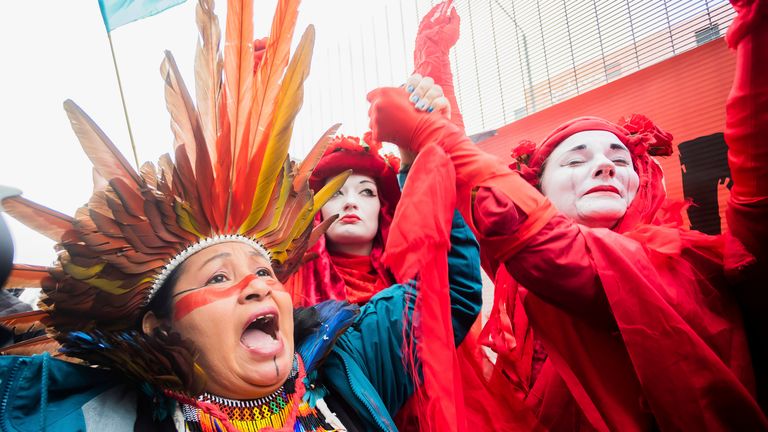 A major deal to help end deforestation has missed its first deadline just months after it was signed at COP26, Sky News can reveal.

At the Glasgow climate summit, a group of donor countries promised $500m (£370m) to the Democratic Republic of Congo (DRC) to protect the Congo Basin – which absorbs 4% of the world’s carbon dioxide but is suffering widespread forest loss – in a pact signed by Prime Minister Boris Johnson.

In return, the DRC promised to publish an audit of all logging contracts, which would help weed out the illegal ones, such as those failing to provide protections for frontline communities or biodiversity.

But the audit was not published by the end of 2021 as promised, the DRC government has confirmed.

‘Botched agreement not being respected’

The pact was of part of a package of deals to end deforestation by 2030, with the world relying on forests for food, water, weather and to stave off the looming, disastrous levels of global heating.

“After pompous statements, glitzy public relations and hundreds of millions of tax dollars have been pledged to the DRC, not only are we facing a deal that allows for deforestation to expand by the end of 2022, but even this botched agreement is not being respected,” Serge Sabin Ngwato, Greenpeace Africa forest campaigner, told Sky News.

Civil society groups warned at the time that the DRC deal would fail unless it extended a moratorium on new logging concessions, otherwise forest loss could in fact increase.

“The DRC and donor countries must commit to transparency, human rights and to keep the chainsaws out of the rainforest,” Mr Ngwato said, calling for a permanent plan to protect forests from logging.

Campaigners say publishing the missing audit is vital to tackling illegal deforestation in the Congo Basin, which provides food for 40 million people and regulates rainfall patterns across the continent.

Joseph Malassi, a climate change advisor and negotiator involved with the deal, told Sky News the report would be published imminently.

He said he appreciated that the missed deadline meant people were able to “tell us that there is this commitment that you did not fulfil”, but said cooperation would be more helpful to protect the forest. 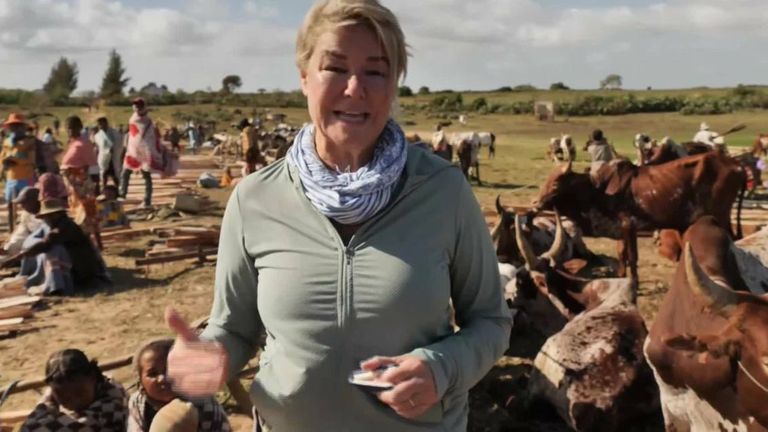 Can deforestation be halted in Madagascar?

UK must ‘keep working’ on deals struck at COP

The Central Africa Rainforest Alliance (CAFI), the group that signed the deal with the DRC, confirmed that none of the $500m had yet changed hands.

That fact shows that promises “need to be kept in order for money to flow, unlocking crucial support for indigenous peoples and local communities to halt the loss of forests and to restore nature”, according to Matt Williams from energy and climate think tank ECIU.

He said the UK government “stood tall on the world stage at COP26 and managed to secure an unprecedented scale and range of deals on deforestation, putting nature at the heart of the negotiations like never before”.

But it would need to “keep working on all of these agreements to maintain its global reputation”, he said. 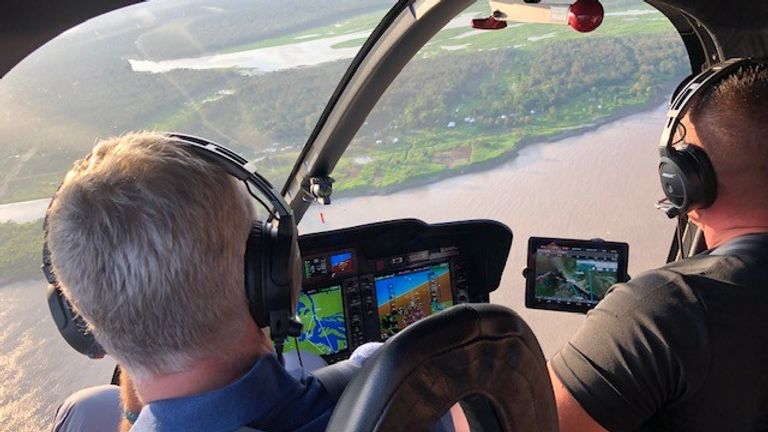 ‘We must fight for the Amazon’

Shortly before COP26, the DRC administration also promised to suspend all contracts suspected of illegality, of which Congolese green groups have highlighted dozens.

Mr Malassi confirmed just six such contracts have been suspended.

A Foreign Office spokesperson said they were committed to safeguarding “one of the most important wilderness areas left on earth” and were “working closely with the government of DRC to improve the management of their forests and tackle illegal logging”.